Web3, the name for a group of technologies that make up the third generation of the Internet, has rapidly developed over the last several years. The ecosystem now boasts thousands of companies and more than $80 billion of start-up funding from venture capital, hedge funds, private equity, and other investors. Major companies across industries—JPMorgan, Nike, Google, and Disney among them—have begun to think about how web3 will influence their business and what benefits this new tech could unlock.

Though web3 is still nascent and some promised effects are likely overhyped, the technology could be transformative if even a fraction of the full potential is reached. The financial services industry has experimented the most, creating applications including tokenized assets, payment systems, and settlement infrastructure. But as web3 matures, the core applications will sit squarely within the technology sector.

One of the emerging battlegrounds that will define future profit pools in web3 is the concept of identity. Identity is central to what many see as web3’s greatest opportunity: the chance to democratize the online experience, enable users to reclaim control of their data, and open the door to mass customization of each user’s experience. Web3’s approach to identity will have important implications for many other technologies, such as artificial intelligence and machine learning, that will be needed to manage the proliferation and complexity of data required to serve and track customers. This potential can be realized only if effective, user-friendly ways are created to share only the right data in the right contexts.

As companies compete to shape the future of identity online, digital web3 wallets are expected to play a large role. These wallets act as unified bank accounts and digital passports that have the potential to change how users connect with applications by offering universal sign-in capabilities. What used to be a website-specific log-in may soon just require choosing “connect wallet.” Many of web3’s proponents hope that this new approach will enable users to directly own and control more of their data and digital goods.

Given how new web3 is, we’ll start with some of the basics about this collection of technologies seeking to create a more decentralized and composable Internet.

Web3 comprises a combination of new concepts and tools

While web3 and the metaverse are distinct concepts with a wide range of related technologies, web3 principles can be embedded in metaverse design (see Figure 2). Familiar web3 products include decentralized exchanges like Uniswap, digital dollars like Circle’s USDC, and OpenSea’s nonfungible token (NFT) market. Games like Roblox or platforms like Meta’s Horizon Worlds are well-known virtual worlds. Where the two concepts overlap sit “open metaverses,” like The Sandbox or Otherside, that are built on web3 concepts, distinguishing them from metaverses that aren’t always web3-enabled and may be closed or based on more traditional infrastructure. Identity plays a critical role wherever a metaverse is at least partly open. Consistent personhood and asset transferability limit friction for the users; if a virtual skin exists in one place, you’ll want to be able to use it in another metaverse.

Web3 and the metaverse are distinct concepts characterized by a range of related technologies, though web3 principles can be embedded in metaverse design

What started in Internet forums and white papers has turned into a full-fledged ecosystem over the last decade. Bain’s web3 and digital asset database tracks more than 4,000 firms that cumulatively raised over $80 billion through June 2022 in the many segments of web3 (see Figure 3).

Core infrastructure has attracted about $7 billion of web3 company funding

While the web3 investment landscape has undoubtedly changed over the last several months due to market volatility, momentum continues across industries, with many companies publicly acknowledging new efforts, such as Meta, Visa, Fidelity, Google, Mercado Libre, and Breitling.

The wallet and web3 identity

For some of the world’s leading technology firms, web3’s use of wallets and other identity platforms could potentially upend the traditional approach to online identity and asset storage. A wallet is a ledger account on the blockchain. User interface layers like popular wallet apps read the current ledger of your assets, but don’t always store them uniquely on a specific platform; that is, the assets aren’t held in custody by the platform.

Imagine a highly simplified banking analogy. Instead of holding $1,000 in Bank A and $500 in Bank B, both acknowledge that you have $1,500 total, and the banks are just a service layer on top of your assets. You could even go to a Bank C, and it too would see you have $1,500 instantly available. The opportunity for simplified asset transfers and interoperability in this example shows how this type of decentralized infrastructure turns common business models on their head.

By 2020, wallets had started to evolve into much more than just digital accounts. With the rise of decentralized applications, users began to interact with web3 applications, and wallets played an important role. To connect to the popular decentralized exchange Uniswap, for example, you might just click “connect wallet.” There’s no need to create an account. By connecting a wallet, platforms can see the digital assets you own and grant access or permissions based on a token you hold, for example, or an NFT ticket you might have collected by attending an event. In the bank analogy, when you “connect wallet” at Bank C, it might, based on your activity elsewhere, offer preferential loan refinancing terms for your debt with Bank A.

The pace of innovation has continued to accelerate, and companies are creating specialized tools that abstract away the complexity of wallets, while leaving core benefits in place. Here are three examples.

These examples represent just a few of the areas in which web3 may reshape digital identity, with continual development for years to come.

Web3 can no longer be ignored. The ecosystem is robust. It has sizable funding and clear targets to disrupt. While this discussion of identity and wallets is most relevant for certain tech platforms, it also demonstrates the broader risk and opportunity that web3 poses when innovation challenges commonly held beliefs about who owns what and how to build defensible profit pools. All companies have to understand the scenarios that may affect their core markets now, and where they might find opportunity in the future. 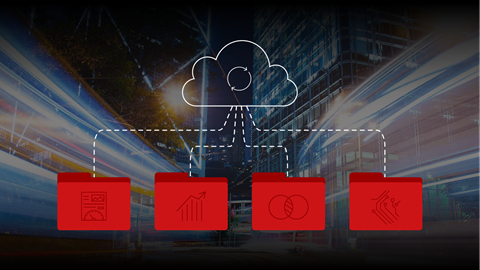 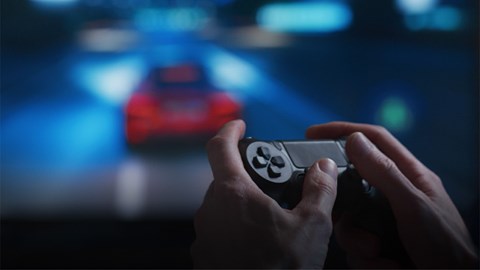