A large, iconic multinational is now struggling to keep growing while being chased by leaner, more aggressive competitors. To find the next wave of growth, they were taking a hard look at their bureaucracy.

"When I joined the company, the front line management jobs were the best," the CEO told us. He had started his career in one of those jobs, as a country manager, and worked his way up. "It was like running a small business with only a few targets on performance and obeying the rules." Today, he confessed, "it is the worst job."

It takes more than 10 approvals for front line managers to get a green light for any investment, and many have tacked to the wall a whole sheet of targets, requirements, weekly and monthly templates to fill out and submit to different corporate offices.

No surprise, the data reflected this struggle: Employee loyalty at the front line was the lowest in the company. The key product and customer jobs no longer attracted the best talent. Headcount in the corporate office had grown at more than twice the rate of the rest of the company over the past decade, and people with the least contact with the front line were making a larger share of the decisions than ever before. After seeing this data presented, the CEO left the meeting committed to reversing course.

It's a common story in business today. Eighty-five percent of executives say that the greatest barriers to achieving their growth objectives lie inside their own four walls, according to research by Bain & Company. In the largest companies, this rises to 94 percent of executives who believe that their most difficult challenges are internal, not external.

Our analysis showed something else, too: Most of these barriers resulted from complexity and bureaucracy that had accumulated as these leaders scaled up their businesses. The pattern holds true for some of the most studied cases of sudden business declines, like Nokia losing out to Apple or Sony getting out maneuvered in video cameras by GoPro. The stall-outs point more to a loss of internal metabolism, speed, self-awareness, sense of urgency, and general bloat of staff rather than any outside factors they may have missed.

We call this dynamic the "Growth Paradox:" Growth creates complexity and yet complexity is the number one killer of profitable growth. You cannot win on the outside, in the marketplace, if you are losing on the inside, with an organization stifled by its own growth. But what can you do about it?

A first step is to understand the five ways that bureaucracy distorts behavior in your company. You can think of these distortions as a set of lenses to focus your attack on this chronic disease of maturing companies.

Distortion of speed: Young, founder-led companies often set the speed in their competitive arenas—speed to recognize the need to change, interpret how, decide on what, and react. Young insurgents whose speed allows them to get "inside" of the decision cycle of a large, slow incumbent competitor can reap an enormous advantage. Think of how fast Netflix is adding new programming and changing the game of television versus traditional networks. Speed is measurable and can be benchmarked. But as companies grow, they become sclerotic, like the company described by the CEO at the start of this article.

One simple way to maintain speed as your company grows is by having fewer, higher impact meetings. An example is the Monday Meeting used by L Brands, the company run by Les Wexner, cited by HBR last year as the CEO with the best unadjusted financial performance in the world. L Brands companies, like Victoria's Secret, have Monday meetings with all of the most influential management members present (or on the phone) to review the major initiatives and to ferret out blockages to progress. A Tuesday follow-up call is used to see whether the blockages are being removed. One senior manager told us: "You never miss it. It is the most disciplined thing we do. It has morphed to 'we can't live without it.'"

Distortion of motive: Young organizations have no place to hide and the founder knows everything. Meritocracy can flourish when things are transparent. Yet, as companies grow, promotions fall in line with corporate processes, complex "balanced" scorecards of performance, and regression to the mean. Companies that have lost meritocracy often turn into political organizations where how you look and sound can trump what you actually do.

Yet, the loss of meritocracy is not inevitable as companies grow. One of the best organizations at maintaining meritocracy and the "owner's mentality" is AB InBev, the world's largest beer company. "There is no delegation and little tolerance for excuses," Jo Van Biesbroeck, former head of strategy and one of AB InBev's longest-serving employees, told us recently. "You either perform or not; you are paid for solutions, not effort." Simple targets, no places to hide, and simple communication is where it starts.

Distortion of time: Our colleague Michael Mankins recently calculated the cost of an executive committee meeting at one large company: preparation across departments for the meeting—backup books, power point presentations, pre-meetings, rehearsals—added up to 300,000 hours. This is probably more hours than some start-ups expend in a year to manage their entire firm.

Several practices can help prevent the take-over of executive agendas by the tyranny of the corporate calendar, including the imposition of rules on meeting length, number of attendees, or composition (no large meetings without the decision-maker present). However, it starts with self-awareness. Management teams should study how they use their time as carefully as how they use their money, starting with three questions: How much time do they spend with top customers? How much time do they spend with high potential employees? How much time do they spend on solving the firm's top five challenges? Teams that ask themselves these questions honestly will quickly see the first step to take.

Distortion of decisions: A number of years ago we studied in detail how the most important decisions like product approvals were made at a large pharmaceutical firm. The results shocked the management team, revealing that nearly seven in ten decisions involved a process that the participants could not describe with a wide range of views on who the decision maker was.

Start your assault on the decision distortions of bureaucracy with your five or ten most important types of decisions. Map out how they are really made and how many people are involved. Then attack what will emerge clearly as obvious root causes of distortion: decisions that should be pushed to the front line with a few vital guiding principles; decisions that should have many fewer people involved; and decisions where it's unclear who actually decides. This approach can re-empower the front line and renew the owner's mindset at large companies.

Distortion of information: In a company's early years, the founding team knows the customers by name and the products in detail. Intimacy and ground level knowledge are second nature. Yet, as companies grow this becomes increasingly difficult. Customer names give way first to customer group averages and then to summaries of research interpreted and re-interpreted as it flows up through layers to the desks of the senior team, sometimes diminishing the role of insurgent, smaller competitors or of customers who are the "canaries in the coal mine" of market challenge.

Haier, one of the world's leading appliance companies, has built its organization around the goal of its founder Zhang Ruimin to reduce the distance between the CEO and the front line. The underlying principle is to push as many decisions as possible down to the place where the ground-level information exists—in this case, down to a network of semi-autonomous teams.

But there are other, simpler ways to renew this aspect of a founder's mentality and its connection to the front line. We have seen management teams benefit greatly from setting up ways for them to "drop in" on customer calls, or call-center service discussions. Some teams have insisted that every discussion of the marketplace begin with actual named customers. Others have set up fast feedback surveys of front line employees (in Bain's case, we survey every project team every two weeks, down to the most junior analyst, and make the data available), with the requirement that all issues be discussed within a week.

Vague attacks on bureaucracy are not precise enough to renew a company efficiently. You must disable the specific root causes and measure the impact on these five outcomes. It is not enough to address organizational layers and managers, because the most lasting results come from reversing the deep distortions of bureaucracy to rekindle a founder's mentality.

Chris Zook is a partner in Bain & Company's Boston office and a coleader of its global strategy practice. He is a coauthor of The Founder's Mentality: How to Overcome the Predictable Crises of Growth (Harvard Business Review Press, June 2016). 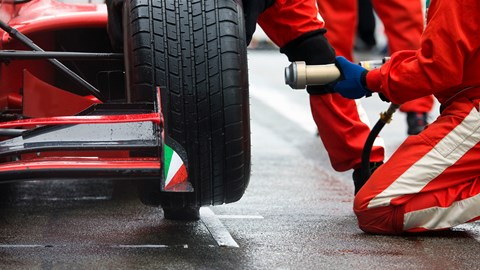 Are Speed and Scale Compatible?

How to keep the Founder's Mentality alive while scaling up.