Compared to banks, startups and tech companies are less encumbered by legacy IT systems and regulations. This enables them to offer better financial solutions and make it easy for people to find them. Now more and more consumers are defecting from traditional financial institutions. When Bain & Company surveyed 83,000 consumers in 22 countries between July and November 2014, we found that more than one-third of them bought a banking product from their primary bank's competitors during the past year. Among the 17,600 respondents in the U.S., the defection rate was lower, but still a substantial 27%.

Imagine the uproar among bankers if 27% of their customers were completely defecting each year. Yet these missed opportunities go unnoticed because banks usually don't know their customers were shopping for a particular product in the first place or that they lost the sale.

Banks that fail to respond to this threat risk getting saddled with the bulk of low-margin accounts while nonbank providers capture high-margin products like credit cards and mortgages. Young firms such as Betterment, which simplifies the process of investing, or Kabbage, which has developed an automated underwriting process that can make loans of up to $100,000 in minutes, stand to siphon off banks' most profitable lines business.

Mobile technology has the potential to either exacerbate or mitigate the problem for banks. It's clear that the mobile channel has become a key element in the bid to earn customers' loyalty. Increased loyalty, in turn, pays off with customers buying more products and making more referrals, which allows a bank to capture more than its fair share of new sales.

Mobile has become the most-used banking channel in 13 of 22 countries, including the U.S., our survey found. Smartphones and tablets account for around 30% of all banking interactions worldwide and 35% in the U.S. The share of U.S. customers using mobile apps rose by a stunning 14 percentage points in the past year to 43%, with strong increases across all age groups.

Until recently, consumers layered mobile onto other ways of interacting with their bank—for example, they might check their balance more often, but they weren't reducing other interactions. This year, our survey found a meaningful decline in usage of both branches and ATMs as well as online banking options, with a 6 percentage point drop in online routine interactions in the U.S.

Yet banks have barely tapped the mobile channel as a tool for sales. When U.S. consumers researched or considered a new financial product like a mortgage, according to our survey, they typically used at least three or four sources of information. They most frequently used banks' websites as a resource, while banks' mobile apps were the least-used option. Deploying apps to make it easy for customers to connect to the right bank resources and employees as they shop—and preapprove them for the best offer—could substantially raise the odds of winning the sale.

Banks in other regions of the world have already moved ahead of U.S. banks in the mobile realm. Singapore's OCBC, for instance, now has a three-step process for opening a new account on a mobile app in under 10 minutes, using image capture of an identification card and on-screen signature.

Mobile does not completely replace other channels, of course. About 62% of U.S. regional and national bank customers surveyed used a combination of digital and physical channels to do their banking—what we call "omnichannel" behavior. Customers expect to be able to hop from one channel to another.

Building innovative customer service options that fuse the best of banks' physical assets with digital tools and processes presents a challenge. Most banks have products and channels that operate in silos, and processes that require extensive signoff from compliance, legal, finance, operations, marketing and other departments to make any change. There are 50 people who can say no to a particular idea, versus just one who can say yes. Banks will need to redesign their operating model in order to be successful in the mobile realm. In pursuit of this goal, they should take a cue from leading retailers.

Macy's, for example, has integrated most of its online shopping with its physical facilities, turning virtually all of its stores into omnichannel centers. Its iconic Herald Square store in New York is undergoing a $400 million remodeling. The store's innovations include interactive directories; digital signage; widespread use of radio-frequency identification tagging to ensure that store inventory remains up to date; and a new mobile app to guide customers as they shop.

Macy's has evolved its operating model in order to pursue this integration. The company now has a chief omnichannel officer who reports directly to the chief executive and manages the development of strategies to closely integrate stores and online and mobile activities. He also has responsibility for systems and technology, logistics and related operating functions.

Banks need to develop mobile tools as good as any start-up's—and use those tools to earn loyalty. That's the best way to reverse the erosion of their customer base.

Rethinking the bank branch in a digital world

The most innovative banks have learned to provide customers with a fusion of physical and digital services. 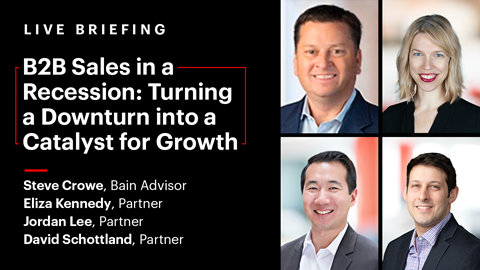 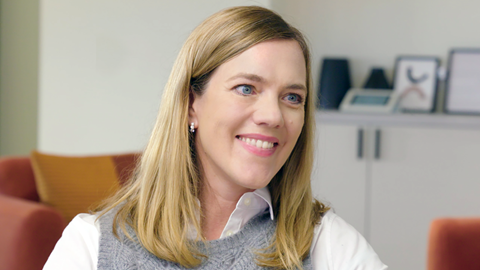 Business to Human: The Era of Customer Centricity

Lara Caimi of ServiceNow sits down with Bain's Justin Murphy to discuss how a great customer experience is essential to any successful business.