As the US economy manifests its first signs of bouncing back, European companies may want to capitalise on what remains of their own tough times. Indeed, a recent Bain & Company study found that recessions can make companies just as often as break them.

Bain studied 700 US companies that weathered the last recession, and found that twice as many made the leap from laggards to leaders in their sectors during the downturn, as during surrounding periods of economic calm.

Are European executives seizing the dismal day? Bain research last summer indicates that only few readied to. As the warning signs of the current downturn became clear, well before September 11th, Bain interviewed over 350 executives in France, Germany, Belgium and the Netherlands. Nearly 70% said they were bracing themselves for a downturn. Of these, only 65% claimed to have any contingency plan. In most cases these plans were limited to drastic cost reductions.

Justified as such measures may seem in the thick of a crisis, rash layoffs, investment reductions, and blind cost slashing can all jeopardise long-term growth. It is now becoming clear that a company's ability to "think beyond the storm" will ultimately secure its competitive advantage. To avoid mortgaging their future, leaders must exploit the often-overlooked opportunities a downturn ushers in.

Bain & Company's analysis of U.S. recession winners yielded some concrete lessons. It's not too late for European companies to take note.

Plan to reshuffle the deck
The Bain US study found more than a fifth of companies in the bottom quartile in their industries jumped to the top quartile during the last recession. Meanwhile, more than a fifth of all "leadership companies" (those in the top quartile of financial performance in their industry) fell to the bottom quartile. Only half as many companies made such dramatic gains or losses before or after the recession.

Witness Walgreen Company: the Chicago-based drugstore chain made plans to come out on top in a reshuffled deck. In the midst of this recession, the company focused on expanding its lower-cost, generic drug business and outstripped its industry's growth. The result? Walgreen's grew earnings and sales in Q4 2001 by 17% versus the prior year, and gained market share on its key competitors. All at a time when many drug retailers face capital constraints and a shortage of pharmacists.

Seize smart acquisitions opportunities
Arrow saw an industry downturn in the late 80s as an opportunity to buy assets on attractive terms. The financially troubled components maker launched a series of audacious but smart acquisitions that allowed it to increase sales by more than 500%, turn operating losses into profits, and seize market leadership from competitor Avnet, once twice its size. During the recent recession, Arrow has again been acquiring and widening its industry lead.

Belgium's family-owned Interbrew is another case in point. Over the past 5 years, Interbrew went from a ℮2 billion business focused on local markets to a ℮7 billion international player, displacing rival Heineken. By acquiring some 30 other breweries—Beck and Diebels of Germany, Pivovarna of Slovenia, and UK's Whitbread Brewing, among others—Interbrew also improved its operating margin from 9.7% in 2000 to 12.3% in 2001

Stick to your core
Contrast this to the two most common responses to economic turmoil: hunkering down to ride out the storm, or straying outside your core business in a desperate bid for growth. The former approach tends to rule out investments, acquisitions, dampen R&D efforts, and do away with valuable talent. Interestingly, most European executives still apply it: 62% of German companies and 82% of French companies had slashed costs, across the board, by September 2001. Over 36% of Belgian and French companies had reduced investments in capital expenditures and R&D and laid off employees.

Meanwhile diversifying from one's core, as a means of spreading risk, can pose even bigger problems. Today, 60% of Belgian, 68% of French, 70% of Dutch and 76% of German executives feel the diversity of their product portfolio constitutes their greatest strength. Chances are they will do everything to hold on to this diversity.

But it's diversification that mined K-Mart's future. In the last recession, despite a struggling core discount retail business, K-Mart acquired a slew of unrelated retail businesses, sapping much-needed resources and attention from K-Mart's core. As the retailer scrambled to manage, then divest, its far-flung conglomerate, competitors Wal-Mart and Target attacked many of K-Mart's key markets and customer segments.

Remember gains or losses show up early
Many managers tolerate sub-par results during a recession, believing they will accelerate past competitors once the economy recovers. In fact, this rarely happens. More than two-thirds of the companies that made major gains in Bain's study period did so during the year or so of recession, not before or after. In 2001, Dell Computers grew unit sales by 11% even as industry sales declined 12%. Because price elasticity may increase during a recession, sensible price cuts can be a powerful weapon. The result for Dell was a gain of more than 6 points in U.S. market share. And in the toughest period of all, Q4 2001, Dell captured more than 90% of world-wide profits in its industry.

Remember that gains or losses made during recessions tend to endure
Of the firms that secured major gains in revenue or profitability during the last recession, over 70% sustained those gains through the next boom cycle. The corollary was also true: fewer than 30% of those who lost ground were able to regain their positions. Think again about K-Mart: it lost significant ground during the retail downturns of 1987 and 1991 and plowed downhill from there—all the way to Chapter 11. Meanwhile Wal-Mart continued to invest in service infrastructure and rolled back prices to gain an estimated 2 to 4% in comparable-store sales over direct competitors, K-Mart and Target.

The effects of economic downturn differ considerably by sector and company. Even the deepest recessions have bright spots—in the U.S., most housing and some consumer goods segments held up reasonably well in the last year. Likewise, different industries experience recessions on different timetables. In the past two decades, at least 20% of all U.S. industries have battled a downturn in any given year but 1984, when GDP growth soared to more than double the norm. For companies that plan to win in a recession, the good news is your sector may have some bright spots. These hidden opportunities deserve attention now, before the next recession hits.

Mr. Savi Baveja is a vice president at Bain in San Francisco, Mr. Geert Postma is partner at Bain in Amsterdam and Mr. Rudolf Pritzl is a Bain partner in Munich. 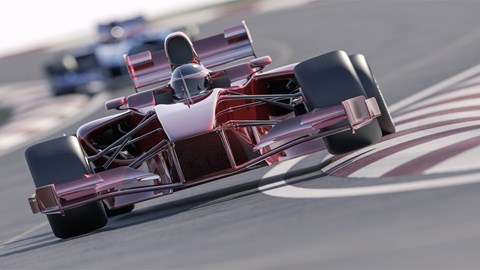 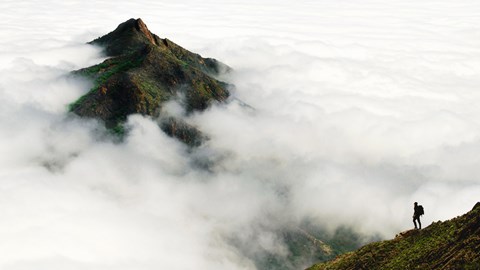