This article originally appeared in The Hindu Business Line.

When it comes to an organisation’s scarcest resource – talent – the difference between the best and the rest is enormous. In fields that involve repetitive, transactional tasks, top performers are typically two or three times as productive as others. In highly specialised or creative work, the differential is likely to be a factor of six or more. Across all job types, we estimate, the best performers are roughly four times as productive as average performers. That holds in every industry, geographical region and type of organization we’ve examined.

Why, then, do companies so rarely bring together a team of star players to tackle a big challenge? The conventional wisdom is that all-star teams just don’t work. Egos will take over. The stars won’t work well with one another. They’ll drive the team leader crazy. We think it’s time to reconsider that assumption.

To be sure, managing a team of stars is not for the faint of heart. But when the stakes are high – when a business model needs to be reinvented, or a key new product designed, or a strategic problem solved – doesn’t it seem foolish not to put your best people on the job, provided you can manage them effectively?

Common sense suggests that all-star teams would have two big advantages, One is sheer firepower: If you have world-class talent of all kinds on a team, you multiply the productivity and performance advantages that stand-alone stars deliver. The other is synergy: Putting the best thinkers together can spur creativity and ideas that no one member of the team would have developed alone.

To do their best, alpha teams need leaders and support staff who are all-stars too. Extremely talented people have often never worked for someone they can learn a lot from; in our experience, most relish the opportunity and pull out all the stops. And high-calibre subordinates allow team members to accomplish more.

Let’s look at what else you need to have in place before you even think about putting together a star team. We’ll also examine what kinds of work these teams are best suited for and how to manage the very real difficulties they may present.

A surprising number of companies don’t follow basic best practices for talent management. Without these in place, there’s no hope of making all-star teams effective.

Understand your strengths: Companies that are good at managing “A” players keep comprehensive, granular data on where their people are currently deployed, what those people do, how good they are in their current roles and how transferable their skills may be. The companies use that information to continually improve their staffing resources and deploy them more effectively.

In too many organizations, star players are confined to a division, hidden from the leaders of other divisions. But no company can deploy talent effectively if it doesn’t treat its best people like a shared asset rather than the property of a particular unit.

Don’t create disincentives for teams: Some companies’ performance assessment methods get in the way of team success. For many years, Microsoft used a “stack ranking” system as part of its performance evaluation model. At regular intervals, a certain percentage of any team’s members would be rated “top performers,” “good,” “average,” “below average” and “poor” regardless of the team’s overall performance. In some situations this kind of forced ranking is effective, but in Microsoft’s case it had unintended consequences. Over time, according to insiders’ reports, the stack ranking created a culture in which employees competed with one another rather than against other companies. “A” players rarely liked to join groups with other “A” players, because they feared they might be seen as the weakest members of the team.

Own the pipeline: When big strategic goals are involved, a company often finds that it needs capabilities it doesn’t have. The wise leader anticipates this problem by actively and continually looking for talent. The individuals responsible for executing strategy must have an ownership stake in this recruiting process, because talent is always a key component of strategy. Yet many companies continue to subcontract recruiting wholesale to the human resources department and professional search firms.

We don’t recommend putting together an alpha team for small projects. They’re not worth the trouble or the opportunity costs. Save such teams for initiatives that have clearly defined objectives and are critical to the company’s strategy, such as product development.

Even if you have excellent talent management practices in place and you’ve loosed your all-star team on a well-defined, strategically relevant problem, you may still face challenges.

Ego clashes: Egos can get in the way of team performance. But they don’t have to. In 1992, America’s first “Dream Team” – made up of the very best basketball players in the NBA – swept the Olympic Games in Barcelona, defeating its opponents by an average of 44 points. This team succeeded because the goal of representing the US with honour at the Olympics was bigger than any one player. And team performance was the basis for members’ rewards: Nobody was going to get an individual medal.

Overshadowing average performers: The use of “A” teams can lead to a system in which only the best feel valued, thereby demoralising average performers. Techniques for keeping “B” players engaged include recognising performance, whether it’s mission-critical or not; using a common performance evaluation system for stars and non-stars; and establishing common rewards shared by all involved.

Mediocrity at the top: All-star teams headed by poor leaders can produce mediocre results. An organisation should invest as much time in picking team leaders as in picking members, ask members for feedback on the leader early (and often), and not be afraid to switch generals or even to promote a team member to leader.

Ask any group of senior executives about which resources they don’t have enough of, and they are likely to acknowledge that star talent is one of the scarcest. Then ask them how confident they are that their companies deploy and manage their best players to have the greatest impact on the bottom line, and they will probably express reservations. Is it possible that executives are overlooking one powerful tool that could help them achieve that goal?

A structured decision approach—agreeing on criteria, facts, alternatives, commitment and closure—should help you eliminate many dysfunctional decision practices and establish more fruitful ones.

How to Succeed When Professionals Drive Results

How Companies Create Enduring Businesses in a World of Constant Change

What do a tiffin tin, a Billy bookcase and Michael Jordan have in common? Each is central to a business success story that transformed its market. 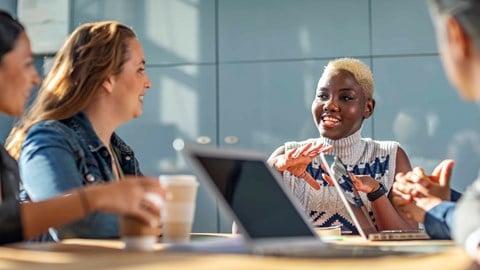