As economists fret over conflicting data, investors wrestle with erratic markets, and heads of state debate the wisdom of war in Iraq, it seems we have entered a period of deep and chronic uncertainty. Planning in such an environment, let alone providing confident leadership, presents many executives with the biggest challenge of their careers.

An old-fashioned crisis might be preferable, if only because it demands action. In medicine, doctors define an acute condition as life threatening. It must be treated immediately. But a chronic condition such as the one we're dealing with now persists over a longer period and can be much more insidious. Chronic problems invite hesitation. With the luxury of time, the option of delaying action or doing nothing becomes horribly attractive. It's an option that can even look like a decision.

The first trick is to recognize this condition for what it is. The second is to take action.

Consider the example of French/Italian chipmaker STMicroelectronics. When STMicro was formed in 1987 through the merger of Thomson Semiconducteurs of France and SGS-Microelettronica of Italy, the company was hardly a world-beater. The electronics industry was in a world-wide slump, eroding its fiercely competitive markets. The bulk of its business came from commodity products. And with little to differentiate the new company from its Japanese and American rivals, management knew that making gains on the likes of Intel and Texas Instruments would require some dramatic changes.

But not long after STMicro was formed, the semiconductor business was hit by the 1990-1991 recession. In looking at business behavior during that period, our firm found that 20% of the companies we studied were able to move up from behind to a leading position in their sectors during the downturn—twice as many, in fact, as during surrounding periods of economic calm.

The companies that accelerated out of the downturn used the prevailing uncertainty to capitalize on indecision by competitors. They sharpened their core strategies, cut nonessential costs, invested heavily in essential activities and created more flexible cultures focused on their best customers. Viewed this way, periods of economic uncertainty can lead to ample opportunity—even for companies hobbled by weak competitive positions.

STMicro was one such company. It responded by shoring up its defenses and reducing its risks. It maintained production in Europe, the U.S. and Asia, but rid the company of nonessential factories. It then began to reshuffle and strengthen its management team, making sure that the right people were in the right jobs.

That set the stage for dramatic moves by the chipmaker to protect and strengthen its core assets by enhancing the company's ability to innovate.

At a time when competitors were reining in costs dramatically, STMicro began investing massively in new technology—largely through European Union programs with other semiconductor makers and with its own key customers. Rather than content itself with selling low-margin products into the fiercely competitive PC market, the company targeted a new set of highly specific markets and developed innovative, high-margin products for each niche. At the same time, it set up strategic alliances with customers, pushing for long-term contracts to help ensure financial stability.

Over the next decade, these strategies helped STMicro blossom into an elite technology company. Annual research and development investment grew to more than $1 billion in 2002 from $250 million in 1991. Today, its customers are the leaders in their fields, including Nokia in telephony, HP in printers, Bosch and Marelli in automotive components. Revenue flowed from growing sectors like mobile phones, DVD and MP3 players, digital cameras, disk drives, and smartcards. By the end of last year, STMicro's operating earnings were more than twice Texas Instruments'. Over the previous five years, STMicro had grown faster than either TI or Intel, in sales and profits, to become the world's fourth-largest chip maker.

The strength and flexibility that emerge from such a massive transformation are the best armor against the next downturn. A company confident enough to move forward strategically in down times will prosper in a time of chronic uncertainty. STMicro has certainly struggled in the current downturn. Even now, STMicro stock is about 75% off its February 2000 all-time high. Yet it could have been much worse. STMicro was among the few chip makers to post a profit in 2001—the worst year in the industry's history. And though revenues were flat in 2002, earnings and cash flow improved dramatically from 2001. More importantly, the company has been able to boost market share in several key segments, and it is still pouring more than $1 billion a year into R&D.

In other words, STMicro has learned how to cope with prolonged ambiguity and doubt. By restructuring both its business and its culture, it has made proactive behavior a habit. It recently struck an alliance with Texas Instruments to jointly develop an open standard for interactive, wireless telephony. It unveiled the prototype of an innovative silicon chip for DNA analysis and it has pioneered a new "light-emitting silicon" technology that will make it possible to put optical and electrical functions on the same chip.

There are more stories like STMicro. In the U.S., Cisco, whose revenues fell by 15% last year, reduced operating expenses by $2 billion, aggressively cutting overhead and closing factories. On the other hand, the firm made significant R&D investments to improve both the cost and quality of products that had been hastily conceived in prior years. In the first half of this fiscal year, Cisco raised gross margins to a company record of 70%, and posted a net profit of 16.8%. Meanwhile, Cisco's key competitors remained unprofitable.

Difficult times often require more investment not less. Responding to chronic uncertainty with a strategy of inaction, waiting and seeing, is also a decision. Time will reduce, not increase, companies' options and their degrees of freedom to move. Indeed, in times of war the army staff are often telling their general that they are not ready. But in the end, what matters most is not whether a military force is perfectly tuned, but whether it is more ready than the other side.

Business, like war, is a competitive enterprise; uncertainties undermine any company's competitors, too. The key is to be more ready to deal with uncertainty than the competition. Faced with chronic uncertainty, the most dangerous management move is no move at all. 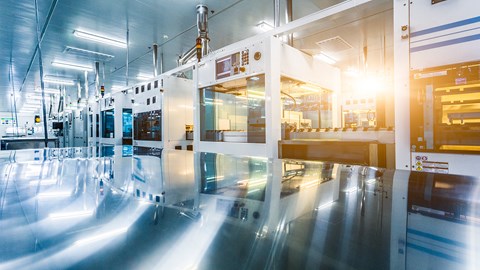 How the Digital Workforce Is Transforming Strategy