WHO'S got time to worry about building a stronger organisation in a downturn? Surely executives can't focus on internal issues when they face so many other pressing matters. But this is exactly the time when leaders need to ensure their organisations are performing well, so that important decisions get made and executed quickly and effectively. Turbulence offers a rare chance to bring in new talent and improve the way that organisations function.

The trouble is, companies under duress often lack the organisational capabilities to meet mounting challenges. Some make snap decisions. Others stall, unable to decide. Other companies badly need new people to help them overhaul dysfunctional cultures.

Strengthening the organisation is one of the most powerful levers any company can pull to improve its performance in a downturn. It starts by asking a series of questions: What are the critical decisions in this downturn? Do we need to adjust our organisational structure to address them? How should our roles and processes change? Will our most experienced people be able to make and execute key decisions? Which aspects of our culture reinforce decision effectiveness?

Adopting this "decision lens" is the single most important step a company can take to improve an organisation's performance. It helps leaders to focus their efforts where they will have the most impact.

Every company has its critical decisions. If your business is in relatively good shape, those decisions may not have changed much. Some will be the big choices, like whether to acquire a competitor or invest in a new product. Others may be everyday decisions.

Toyota, for example, achieved its leading position partly through its reputation for manufacturing quality. To maintain that quality, Toyota ensured workers in every plant knew how to make and execute the right quality-related decisions. These decisions are as important now as when Toyota was growing rapidly.

If you're in survival mode, the critical decisions will be different. The most important decisions bear on your ability to stay in business, like whether to sell a stake or overhaul the business model.

Sometimes structure is a serious obstacle to making and executing a business's critical decisions. In that case, structure must change. Hewlett-Packard's salesforce was organised by customer while its manufacturing units were organised by product. With stalled decisions and people working at cross purposes, performance suffered. The company responded by moving to a productbased structure across the entire company, with accountabilities for decisions clearly defined. That allowed better decision making and execution, which in turn generated higher profitability.

Decision roles need to be clear. Unless people know who's responsible for making and executing critical decisions, stress on an organisation will only increase. A tool we call RAPID® clarifies accountabilities for each part of these decisions. The individual or team responsible for a recommendation gathers relevant information and proposes a course of action. People with input responsibilities help shape a recommendation so it is practical and financially feasible. An executive who must agree is anyone who needs to sign off. Eventually, one person will decide. This person "has the D." Assigning the D to one individual ensures single-point accountability. The final role in the process involves the people who will perform or execute the decision.

Clear decision roles are essential amid turbulence: they can boost performance by unclogging bottlenecks and cutting the organisation's cycle time. In the last downturn, the European division of a US telecommunications company was always behind its competitors in submitting bids to customers because every bid had to be approved by US headquarters. A RAPID analysis helped US executives see that European sales managers could have the D for submissions, enabling the organisation to operate faster.

In good times, companies focus on managing growing organisations. In a downturn, the logic changes. Companies have to cut costs. Many do so by letting people go. But layoffs can create problems. The people who leave are not always the poorest performers. Those who stay may not have the skills to make and execute decisions. In a recession, no company can afford to have the wrong people in key decision roles. At one technology company, more than 40% of managers identified as high performers were in non-critical positions. Meanwhile, fewer than 40% in mission-critical roles were top performers. The senior team corrected the mismatch and business performance immediately improved.

The key to making the best use of people is a robust, effective performance-management system that has real consequences. At a mining company, senior executives tightened the rating process and made the consequences of ratings more explicit. For example, high performers received increases in pay along with better training opportunities and retention packages. The system finally had teeth—and leaders could accurately gauge the quality of the people available and put their top talent in positions that mattered most.

Culture underpins an organisation's decisions. But cultures change and are particularly susceptible to change when the organisation is in crisis. In a downturn, leaders need to take action to keep a strong culture from deteriorating—or to transform one that hinders good decisions. Understanding that its culture is a competitive advantage, Southwest Airlines reinforces it in hard times. In the early stages of the current recession, it maintained staff loyalty (through no involuntary job cuts) and invested in upgrading customer service. The carrier remains one of the US leaders for on-time performance, something that customers care deeply about.

A strong organisation isn't optional, something to worry about after the crisis. Your organisation's strength will greatly affect how well your company weathers the storm. It will also strongly improve your chances for growth once the storm passes. 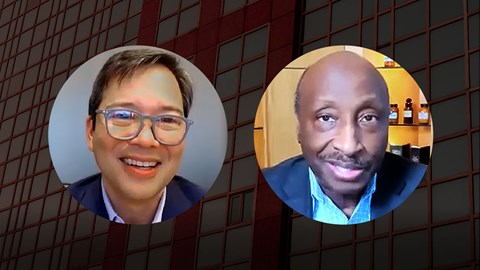