Today’s CEOs face dual pressures of growth and disruption—and both at historic levels. Shareholders are expecting companies to deliver 27% annual earnings growth over the next three years, which is an unprecedented 7x increase over the past three years. What’s more, companies are expected to deliver this growth in an environment of extraordinary disruption: 46 of India’s 69 unicorns have been added in 2020 and 2021 alone, and these start-ups are driving disruption across all sectors, from finance to retail to technology.

The good news for executives is that the fuel for growth is available in abundance. Cash reserves and foreign direct investment inflows are at their highest-ever levels, private equity (PE) dry powder is available, and interest rates are at a 10-year low (see Figure 1). Armed with this capital, one of the ways companies are responding to these growth expectations is through acquisitions.

More companies are doing more deals than ever before. M&A volume is near its highest level ever (considering deals >$75M), and M&A deals are more broad-based than ever—with more midsized deals, rather than the $5B+ megadeals that drove activity in 2017–2019 (see Figure 2).

More companies are turning to M&A to drive growth; deal volume is near all-time high levels in India

Post-Covid M&A has been different. Our analysis of deals and deal theses reveal seven major themes, which will continue into 2022:

1. Democratisation of M&A. The past two years have seen more first-time buyers than ever—first-time buyers account for more than 80% of deals in the past two years (2020–2021), up from less than 70% in 2017–2019. More companies doing more deals also means average deal size is now smaller, with fewer $5B+ megadeals and more deals in the $500M–$1B range.

2. Significant momentum in scope deals. While M&A activity has been robust for a few years, the nature of deals in the past 18–24 months has been very different from those of earlier years. Unlike in the past, executives making acquisitions are seeking to transform their businesses, not just grow them. This is in line with a trend we have seen globally over the past few years. “Scope” deals—acquisitions outside a company’s core business—are steadily growing share of deal volumes (see Figure 3). Scope and capability deals now account for 4 out of 10 transactions, often addressing disruptive themes, such as digital or renewables.

This time is different—first-time buyers, scope and capability deals are at an all-time high in India

3. Insurgents going shopping. In the past year, M&A by digital insurgents has hit never-seen-before highs—insurgents are buying to build scale rapidly, enter new geographies, enter new lines of business, and deliver a full omnichannel experience to customers (see Figure 4 and 5). For example, edtech insurgent BYJU’s has been on a $2B+ acquisition spree, with 11+ acquisitions—of which approximately $1B went towards acquiring Aakash Educational Services, an offline test prep company, to build an omnichannel learning offering for its test-prep vertical. Oyo has been making several acquisitions globally to enter new geographies. PharmEasy, India’s leading e-health player, has made multiple acquisitions to enter new verticals, including a 66% stake in Thyrocare to strengthen its high-margin testing vertical by tapping into Thyrocare’s wide network of collection centres. Insurgents also realise that their stock is valuable currency—two-thirds of deals done by insurgents are stock-plus-cash transactions.

4. Financial investors betting big. Private equity investment momentum had a massive spike in H1 2021, with a 2x increase over H1 2020 (excluding investments in Reliance Jio). Consumer tech, IT and ITES, and BFSI are hotspots for investments. An emerging theme is financial investors rolling up multiple deals to build platforms. For example, Carlyle, Bain Capital, Advent, and PAG have all made multiple investments across a number of active pharmaceutical ingredient (API) players to build out API platforms. In addition to PE, venture capital activity also saw a 3x spike in H1 2021. Financial investor confidence in the India market has been robust and resilient.

5. Reshaping portfolios through divestitures and acquisitions. Over the past 18 years that we have been analysing the performance of more than 100 conglomerates in India and Southeast Asia, we have seen a gradual erosion in shareholder returns in conglomerates. The biggest culprit is the shape of the portfolio—a large portion of conglomerate business is often in unattractive or lower-multiple industries. Conglomerates that have reshaped their portfolios using M&A and divestitures have delivered 3x total shareholder return (TSR) vs. those that failed to actively manage their portfolios. Several Indian conglomerates are taking note and overhauling their portfolios through M&A, betting on profit pools of the future such as digital, renewables, electric vehicles, consumer, and fintech. At the same time, they are pruning ownership in legacy assets, or in sub-scale positions which could be more valuable to another parent. For example, Reliance has been aggressively growing emerging businesses through M&A, with recent acquisitions in retail, digital, and renewables. The Mahindra Group has reshaped its portfolio and exited loss-making businesses, with multiple divestments including a potential divestment of its stake in SsangYong. The Tata Group is actively reshaping its portfolio and has done over 20 deals in the last two years, including multiple acquisitions (BigBasket, 1mg) to build its super app.

6. India as a renewables hot spot. Energy players—both domestic and international—are making big bets on renewable energy in India through M&A. An ambitious and supportive policy commitment and falling prices have made India a hot spot for renewable investments. Players are building renewables scale and integrating across the value chain. The Adani Group—India’s largest private thermal producer and power transmission company—has set a vision to become the world’s largest renewables company by 2030. In line with this vision, Adani has already made five deals in the renewables space in the last three years, including India’s largest renewables deal, worth $3.5B, to acquire SB Energy India. Significant inbound M&A activity has also been underway by multinational corporations buying into Indian renewables over the past 24 months. For example, Thailand-based Global Power Synergy acquired an approximately 40% stake in Avaada Energy.

7. Cross-border M&A remaining strong. Cross-border M&A remains robust, particularly in a few sectors. Apart from renewable energy, we see continued inbound interest in infrastructure, including real estate and roads. On the outbound side, IT services companies are acquiring new capabilities. For example, Infosys acquired Simplus, a US-based Salesforce consulting company, to strengthen its presence in the Salesforce enterprise cloud solutions and services provider space. In another example, Wipro strengthened its banking and financial services vertical by acquiring a global management and technology consultancy company, Capco, that specialises in the banking and financial services industry.

We expect deal momentum to continue—2022 should be another big year for India M&A. Executive teams know this is a unique moment of transformation and that M&A has an important role to play. Here are our top five takeaways for dealmakers:

1. Don’t sit it out. Our research clearly indicates that winners reshape portfolios in times of turbulence. During the 2008 financial crisis, Indian companies that acquired or divested outperformed their peers 2:1 in earnings before interest and taxes (EBIT) growth over the next five years (see Figure 6). The winners of tomorrow are acting today to reshape their business. For those who have not yet acted on the opportunity, the constraint is often not capital, but the executive team’s bandwidth and confidence in successfully integrating a scope acquisition, given the multiple other transformation priorities at hand. This is particularly true for first-time buyers and first-time scope acquirers. The good news is that the risks in scope deals are known and understood, and a strong playbook can be deployed for value creation.

Don’t sit it out: Companies that reshape portfolios through acquisitions/divestitures during turbulence outperform the market 2:1

2. Reshape the portfolio. More than ever before, the M&A environment is changing in ways that increase the need to invest in future growth engines—what we call ‘Engine 2.’ Engine 2s can hedge against disruption of the core business, or they can take advantage of shifting business boundaries in newly accessible adjacent markets. Leadership teams must make resource allocation decisions between businesses that will generate cash, drive growth, and boost valuation, and use this moment to reshape portfolios through acquisitions and divestitures.

3. Deploy the right integration and value-creation playbook. Done right, scope deals can unlock tremendous value—as in the case of Tata Consumer Products, which generated 76% excess return above the SENSEX. However, scope deals are difficult to execute and can destroy value without the right playbook (see Figure 7). First-time buyers need to build a repeatable M&A model, and insurgents must watch for topics such as culture, structure, joint strategy, value creation, technology integration, and process harmonisation—which require a very different approach in scope or capability integration.

In India, fewer acquirers of scope deals have outperformed the index

4. Pursue ESG and digital to drive multiple expansion. Digital and environmental, social, and governance (ESG) are long-term value creation hot spots over the next decade, with the increasing focus of major economies on achieving net zero emissions and the omnipresence of digital. ESG and digital-related deals can unlock significant value by driving a multiplier effect on valuations.

Getting scope and capability deals right

The successful approaches for scope deals, including those designed to gain a much-needed capability, are remarkably different from scale deals: 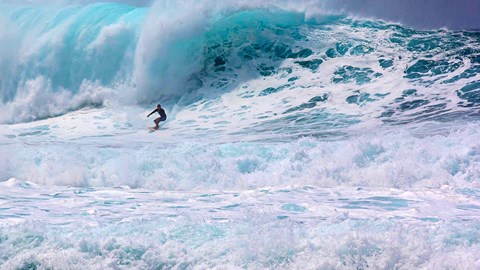