Most business leaders, when they set out to build a DEI strategy, focus their attention inside their organizations—on things like hiring policies, strategies for retaining and advancing employees from underrepresented groups, and the cultural factors that promote or inhibit greater diversity, equity, and inclusion. Yet in our experience working with some of the country’s largest and most successful businesses to advance their DEI goals, leaders who look beyond their own “four walls”—focusing as much on external stakeholders as on their own workforces—are poised to create more significant impact with their DEI strategies than are their peers.

How a company acts, and is viewed, externally when it comes to DEI has a big impact on its relationship with both internal and external stakeholders. For example, 50% of all employees say they would consider switching jobs to work for a company with a more built-out DEI strategy or greater pay equity, according to a recent Beqom report. And besides reinforcing internally focused DEI efforts by building trust and loyalty among their workforces (and attracting future talent), robust DEI programs can gain or increase customer loyalty by responding to the 51% of US adults who say that they would be either “more likely” or “much more likely” to support a company that makes a public commitment to DEI initiatives.

At Bain & Company and Grads of Life, we’ve developed a framework of five core areas of business operations that effective DEI strategies span. Four of these areas of operation are internal, while the fifth—external engagement—looks outside a company’s walls to embed DEI in things such as supply chains, customer and product strategy, community engagement, and communication with the general public (see Figure 1).

The most effective diversity, equity, and inclusion strategies span key areas of business operations both inside and outside of the company’s walls

There are many ways businesses can embrace this important component of DEI leadership. In a report published in 2021, for example, we explored how supplier diversity programs can create powerful ripple effects within communities historically excluded from the economic mainstream. Here we look into three additional actions companies can take to build strong DEI external engagement strategies and advance equity beyond their four walls.

By reporting consistently and transparently on DEI goals, efforts to meet those goals, and progress toward target outcomes—businesses can signal a clear commitment not only to the principles of DEI but to the hard, ongoing work that goes into living out those principles.

Such external reporting signals commitment in more ways than one. It demonstrates that a company has already invested in data collection and tracking systems, affirming that DEI is a strategic priority for the business. Public disclosure of DEI data also increases business accountability and can lead to more meaningful action: When leaders know information will be public, they are more likely to behave in ways aligned with their stated principles and goals, according to a study published in the Annual Review of Economics. A good example of a company publicly reporting on its DEI efforts is Accenture, a founding member of the OneTen Coalition; in 2020, Accenture publicly disclosed its DEI goals as part of an effort to create accountability and accelerate progress on DEI.

As a commitment to DEI becomes more and more important to the next generation of talent, a growing number of job seekers are also demanding transparency: Twenty-one percent of job seekers say they would not apply to a job if the company did not publicly share its employee demographics and goals to increase diversity (a kind of statistic that seems especially significant amid the Great Resignation). Likewise, there have been several recent calls from US regulators and members of the investor community for increased DEI data transparency.

Despite the clear benefits, however, only one-third of companies tracked by JUST Capital disclose DEI data on racial and ethnic diversity representation. The opportunity for greater transparency remains significant, and we’ve seen some strong early actors in this space. For example, Yelp’s approach to building a more diverse workforce includes setting explicit targets for diversity, implementing focused strategies to achieve those goals, and communicating details externally via recruiting materials and an annual diversity report.

Customers are obviously a critically important group of external stakeholders for any company. And businesses have a responsibility to carefully consider how their own product and service offerings—and the way they deliver these to customers—may be perpetuating inequitable status quos.

We’ve found that a helpful starting point for companies to assess how equitably they are serving customers can be to examine customer data. For example, discrepancies between a company’s customer mix relative to the local population could point to certain demographic groups being excluded due to lack of physical or digital access, product affordability, exclusive messaging, or other barriers. Furthermore, differences in customer satisfaction scores can indicate service level discrepancies for different demographic groups. Leading companies also measure how specific customer equity outcomes generated by their products and services (e.g., time to recovery for hospitals, or loan approval rates for banks) may differ by key diversity vectors such as gender and race.

Such data can be a powerful indicator of where a company’s products or services may contain inherent biases that perpetuate inequities, even and especially if these biases are unintentional. Companies can then intervene at several points to build greater equity into the customer experience life cycle. Incorporating diverse customer and employee voices in product design is one lever companies can pull. NIKE, for example, has been a leader in inclusive product design, launching a Pro Hijab in 2017 and, more recently, a Go FlyEase slip-on shoe (for people with disabilities) that doesn’t require bending over or using hands to tie shoelaces.

Marketing content is yet another avenue to greater in inclusivity: In 2021, Unilever removed the word “normal” from the packaging of its beauty and personal care products after learning that the word makes 70% of consumers surveyed feel excluded; Sephora has instituted new guidelines to increase diverse representation within its marketing and retail shelf-space assortment.

Finally, companies can invest in service delivery both during and after the time of purchase. When leaders at Airbnb became aware of widespread racial discrimination on its platform, they created an antidiscrimination product team, changed processes on the platform to limit bias, and partnered with the NAACP and the League of United Latin American Citizens (LULAC) to recruit more Airbnb hosts from communities of color.

There are many examples of companies learning the hard way that their failure to adopt an inclusive customer lens can be both hurtful to customers and costly to their bottom lines. With America’s population only becoming more diverse, it is increasingly imperative that companies make the necessary investments to serve all customers equitably.

Take a clear stance and advocate on social justice issues

Commenting on or reacting to social justice issues can be delicate and challenging for companies with many stakeholders to answer to and interests to balance—put plainly, speaking out means risking alienating employees, customers, or business partners. But when done authentically and in line with company values, taking a clear position on social justice issues (e.g., in support of racial equity) can go a long way toward building trust and loyalty among employees and customers alike. Almost 90% of employees say that businesses should take a public position on societal issues relevant to their business, and 74% say businesses should take a position on issues even when they aren’t directly relevant to their business. Furthermore, perceptions of a company’s stance on social issues are increasingly driving consumer behavior: Forty-two percent of consumers surveyed say they have started or stopped using a brand because of the company’s response to racial justice issues.

A clear position on social issues can, in fact, compel unprecedented levels of customer loyalty, as we’ve seen with Patagonia and its commitment to environmental causes. The clothing brand has built a deep connection with its customer base through its consistent environmental advocacy; and after its 2011 “Don’t Buy This Jacket” campaign encouraged consumers to purchase used Patagonia clothing to limit their environmental footprints, the brand saw a roughly 30% increase in sales. 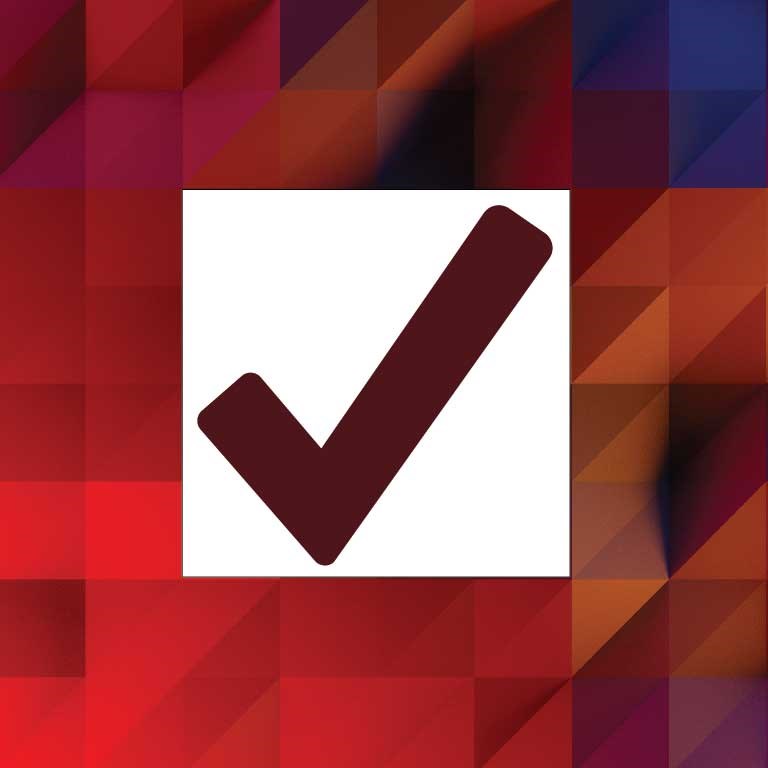 We believe Patagonia’s example is instructive for companies taking similar action on issues more closely linked to DEI, and have been encouraged by the long list of companies and individual business leaders who mobilized in the spring of 2021 on voting rights legislation. Led by Kenneth Frazier and Kenneth Chenault, hundreds of firms signed a statement opposing discriminatory voting laws and in other ways took a very public stance in opposition to attacks on voting rights for historically disenfranchised groups in the US. As the major social issues of our time continue to foment division and tension, it becomes more important that companies leave little room for interpretation when it comes to their positions on these issues.

The strategies featured here are only a few of many ways companies can extend their DEI efforts to focus on external stakeholders. The specific mix of external efforts for a given company will differ based largely on industry and individual business contexts. But for organizations that want to maximize the impact of their DEI work, paying attention to what is outside as well as inside their own walls is a surprisingly powerful approach. 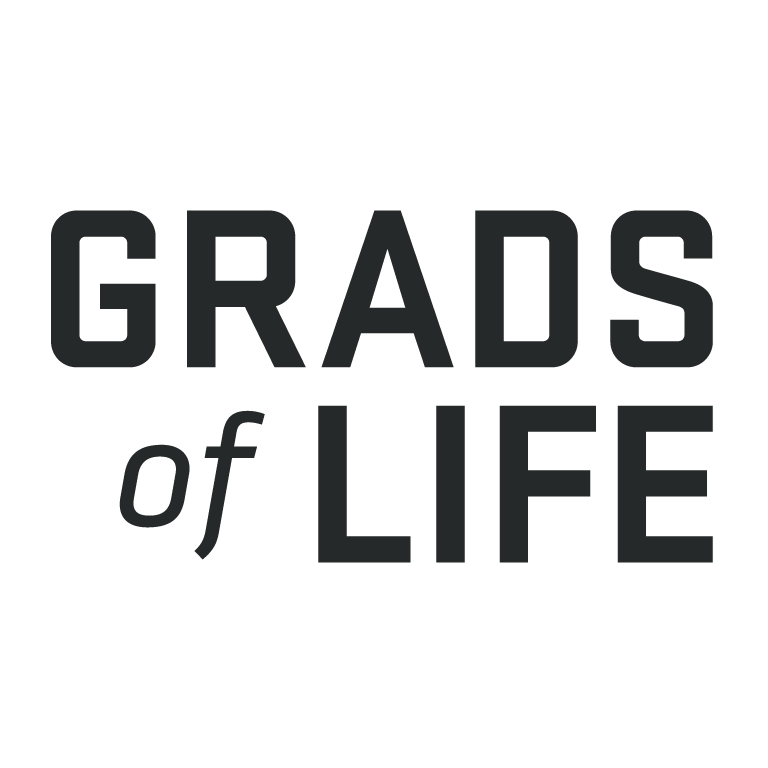 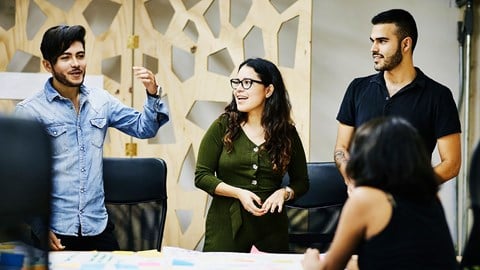 Companies that do the work of understanding what makes each employee feel included will reap the rewards in performance, retention, and recruitment. 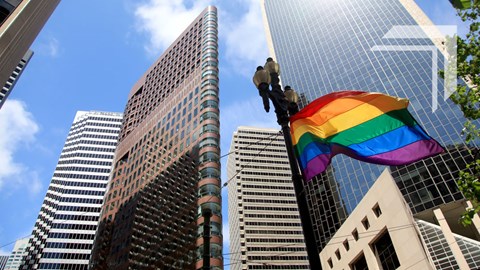 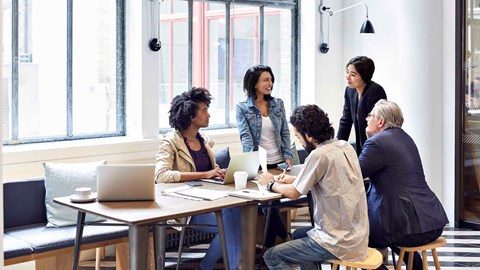