Mergers and acquisitions (M&A)—well conceived and properly executed-can deliver greater value than ever right now. And savvy acquirers are taking action, as deal activity accelerates amid signs of economic recovery.

One reason is the effect that a downturn has on asset values: Other things being equal, it's a good time to buy. Bain analysis of more than 24,000 transactions between 1996 and 2006 shows that acquisitions completed during or just after the 2001–2002 recession generated almost triple the excess returns of acquisitions made during the preceding boom years. ("Excess returns" refers to shareholder returns from four weeks before to four weeks after the deal, compared with peers.) This finding holds true regardless of industry or the size of the deal. Given today's relatively low equity values, acquirers with cash to invest are likely to find deals that produce similar returns.

"One of the benefits of being a frequent acquirer is that you learn a lot about how to do integration successfully."
-Ted Rouse, co-leader of Bain's Global M&A practice

A second reason: Many companies are getting better at M&A. At the beginning of the period from 1995 to 2005, about 50 percent of mergers in the US underperformed their industry index. By the end of the period, only about 30 percent were underperforming. One explanation, based on our experience, is that some companies have learned to pursue deals closer to their core business, which increases the odds of success. They more frequently pay cash rather than stock, which encourages better due diligence and more realistic prices. The long-term trend of more-frequent acquisitions has also pushed companies to foster repeatable models for successful integration and develop managers with professional integration-management skills.

Despite these successes, many acquirers—perhaps most—leave huge amounts of value on the table in every deal. Companies continue to stumble in three broad areas of post-merger integration:

Successful integration—the key to avoiding the risks of a merger or acquisition and to realizing its potential value—is always a challenge. And it is complicated by the simple fact that no two deals should be integrated in the same way, with the same priorities, or under exactly the same timetable. But 10 essential guidelines can make the task far more manageable and lead to the right outcome:

For a full explanation of the 10 steps, read the Bain Brief.

Ted Rouse is a co-leader of Bain & Company's Global Mergers & Acquisitions practice and is based in Chicago. Tory Frame is a partner in London and leader of London's Post-Merger Integration and Consumer Products practices.

Additional articles appearing in this edition of the Results Brief newsletter:

Rethinking risk in financial services: Striking the right balance in risk-management and capital-allocation decisions
by Paolo Bordogna and Mike Baxter

The collapse of global credit markets exposed profound flaws in banks' management of risk and capital. Restoring rigor and balance to risk management and capital allocation will require tackling the problem at its source: by establishing clear, effective decision processes to weigh risk and deploy capital according to the bank's strategic objectives and longer-term efforts to increase shareholder value. Here's how some leading global banks are implementing a new approach for risk- and capital-adjusted decision making.

Kick-start your talent machine: How to make an immediate impact on leadership supply
by Alan Bird, Paul DiPaola and Lori Flees

The "war for talent" is a perennial item on every chief executive's agenda, but the sharp downturn in the world economy puts that talent challenge in a new perspective. Leadership becomes more urgent than ever and ensuring an adequate supply of leaders in the roles where they can make the most difference becomes a vital priority. Downturns also put great leadership talent in play. That creates opportunities for companies to close their talent gap and upgrade the quality of their leadership. 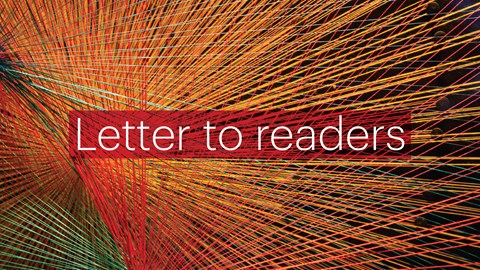