It may be called Singles Day, but the annual Chinese shopping extravaganza on November 11 now has plenty of company as it enters its 14th year.

For instance, Douyin, the TikTok sister app that’s helped to popularize livestreamed shopping in China, has launched its own online retail festivals in January and August. Kuaishou, another video platform, has created yet another event in June.

When you add these and other promotions to Singles Day, celebrated by Alibaba since 2009 and now involving a host of online and offline retailers, and the 618 festival, launched by JD.com in 2004 and held each June, it’s unsurprising that retailers in China are finding it harder to grow via their annual discounting set pieces.

The crowded retail calendar is one reason why our expectations for Singles Day this year are again muted.

Before the 2021 event, we didn’t expect the usual stellar increase in gross merchandise value (GMV), the revenue metric that has been the main benchmark for Chinese online shopping festivals. That caution proved correct: Singles Day GMV increased by 13%, the smallest advance ever—and just a fraction of the 35% compound annual growth posted between 2014 and 2019.

This year, Chinese retailers still face the challenge they had in 2021—of spurring fresh growth from an event that already dwarfs all other retail festivals globally. But they also have to contend with the damage to consumer confidence wreaked by 2022’s Covid outbreaks and global macroeconomic turbulence.

For retailers, this doesn’t spell the end of the party, though. It’s actually a positive new phase in the evolution of the sector in China.

Having become the second-biggest retail market globally, with online penetration levels among the highest in the world, Chinese retail has entered the “fight for loyalty” stage. Now, its focus has to shift from headlong growth to retaining customers and building profitability—all the while taking a more integrated approach to online and offline channels. Executive teams that can grasp this opportunity will build lasting and valuable differentiation for their business.

Even though growth was at a historic low during the 2021 Singles Day festival, sales almost hit a milestone. Including 10 days of pre-event promotions, gross merchandise value flowing through online platforms rose from RMB 840 billion in 2020 to RMB 952 billion ($136 billion), tantalizingly short of RMB 1 trillion.

Could that symbolic threshold be broken this year? The June 2022 installment of JD.com’s 618 event—the second-biggest Chinese shopping festival after Singles Day—suggests that the relatively modest growth needed for that feat is far from guaranteed. GMV for the 618 festival and its run-up rose by less than 1%, from RMB 579 billion to RMB 583 billion (see Figure 1).

To get a fuller picture of retail trends ahead of Singles Day, also known as Double 11 because of its November 11 date, we surveyed 3,000 consumers across a wide range of Chinese cities. The insights from these shoppers illustrate some of the festival headwinds in more detail.

For instance, of the shoppers who took part in Singles Day last year and plan to do so again this year, 34% said they were planning to spend less during Singles Day 2022 than they did in the 2021 event, taking both online and offline spending into account. Only 24% said they were planning to spend more—a markedly gloomier outlook than in 2021 (see Figure 2).

These Singles Day participants are also showing a more pronounced tendency to shop across multiple platforms. Last year, 56% said they were planning to shop on three or more platforms during Double 11. That has now increased to 69%. Strikingly, 37% plan to use five or more platforms this time: more alarming evidence that many consumers see retailers’ Singles Day promotional offers as interchangeably generic.

It also looks like it’s getting harder to recruit new consumers from Tier 3, 4, and 5 cities to take part in Singles Day and make up for the relative market saturation in the biggest and richest urban areas of China. In our 2021 survey, 12% of expected participants from these lower-tier cities were first-timers. In our 2022 survey, that proportion had come down to 8%, suggesting that the supply of lower-tier converts might be dwindling.

Retailers can’t afford to ignore Singles Day promotional activity (or the 618 festival, for that matter). After all, those two monster events generated about 12% of online retail sales in China in 2021. Consumers aren’t ready to give up their deals: Across the broad spectrum of online and offline retailers, pricing continues to rank high on the list of reasons they choose a given retailer.

But when it comes to genuine differentiation between retailers, there’s much more to the story.

In our pre-Singles Day 2022 survey, we dug deeper into attitudes toward the five retailers in China that rank highest on customer loyalty, as measured by Net Promoter ScoreSM. We separated consumers that had given these loyalty leaders a score of 9 or more out of 10 (which makes them a promoter of that retailer in NPS® terms). We then asked these shoppers to explain why they were so willing to recommend that retailer to a friend or colleague. They showed a higher-than-average tendency to cite product quality, product range, and membership programs as top-three reasons for their endorsement. Conversely, they placed less emphasis than average on pricing (see Figure 3).

At the retailers that inspire the most loyalty in China, pricing has a lower-than-average significance for shoppers, while other factors take on more importance

Clearly, when it comes to building a strong, long-term relationship with shoppers, there is more to success than just offering deep discounts. That insight comes into even sharper focus when we compare loyalty leaders in online and offline retail with their direct competitors in each channel.

In our analysis, the two online retailers with the highest NPS really stand out from the online crowd on a range of non-price-related factors (see Figure 4). Promoters of those retailers are disproportionately likely to praise the authenticity of the products on sale (meaning they are not fakes), the range of products available, after-sales support, the ability to test before purchasing, and delivery speed.

High-loyalty online retailers stand out on the authenticity of their products, their range, and other non-price-related factors

High-loyalty offline retailers stand out on their membership programs, product quality, and other non-price-related factors

Similarly, the three offline retailers with the highest NPS are differentiated by their membership programs, product quality, shopping environments, and sales assistants. In both online and offline examples, promoters of these loyalty leaders show a below-average tendency to cite pricing as a big factor in their endorsement.

The omnichannel fight for loyalty

So, how should retailers in China respond to the declining effectiveness of shopping festivals as a means of generating profitable traffic for their websites and physical stores?

One tactical response is to be selective about which festivals to participate in. For the must-haves that make the cut, retailers also don’t need to take part across every point of interaction they now have with their customers. For some festivals, retailers might not offer discounts across all their apps, for instance, or they might target just one segment of shoppers.

Many retailers also need to readjust the balance between promotions and long-term quality growth. For one thing, how does all that relentless discounting fit with how they want their pricing to be perceived overall?

Above all, though, there’s a strategic imperative to sharpen differentiation as a way of deepening customer loyalty.

Loyalty winners are already emerging, propelled not just by their membership programs but by various other strengths that vary from company to company, including unique products and hard-to-match experiences. Some online retailers are banking on rich content and community interaction to provide that sticky and distinctive consumer pull.

Retailers need a comprehensive understanding of their target customers to find the right loyalty levers for their business. Alibaba is one retailer that has made strong progress in shifting focus from GMV to customer loyalty. In the 12 months ending June 30, 2022, it managed to retain 98% of customers who spent more than RMB 10,000 over the previous year. As of June 30, 2022, it also had 25 million members of its 88VIP loyalty program, who on average spend more than RMB 57,000 each year with Alibaba. Similarly, the average Alibaba customer shops more widely with the retailer over time, broadening their purchases from 7 categories to 19 over five years.

This progress reflects Alibaba’s investment in a smooth and consistent customer experience, from presale service to fulfillment to returns and other post-sales services. For instance, it has invested in diversified content and marketing tools for merchants to foster user engagement and has also extended its cross-border e-commerce fulfillment infrastructure (it now has six global direct procurement centers).

Its Singles Day event, known officially as the 11.11 Global Shopping Festival, also showcases its work with brands to identify and serve new consumer trends through solutions such as the Tmall Innovation Center for new product development. Meanwhile, Alibaba’s combined physical store presence, local services, and e-commerce have positioned it well to deepen customer loyalty through a more seamless omnichannel experience.

Metro China is another retailer that has found tailored opportunities to turn shoppers into promoters.

It has begun a program of store renovations geared to maximizing a consumer’s shopping experience rather than prioritizing ease of operation. The revamp, part of a broader push on customer-led experience redesign, has helped make Metro China’s store atmosphere a key point of differentiation that customers single out for praise, both in terms of the helpfulness of staff (in areas such as the promotion of new products) and the ease of navigating the store.

Assortment is also a key loyalty lever for Metro China. As well as redoubling efforts to harness the full potential of its own-brand products, it is trimming SKUs as part of a drive to improve its value proposition.

Across the retail sector, executive teams can’t afford to ignore the omnichannel nature of shopping in China. In our pre-Singles Day 2022 consumer survey, two-thirds of respondents said omnichannel shopping was their default mode. They also indicated that they used online and offline channels for pretty much the same shopping occasions, underlining how seamlessly the two are blending.

On an operational level, retailers need to be thinking in an omnichannel way when planning their promotional activity for Singles Day and other can’t-miss shopping festivals. But there’s a bigger opportunity here. Our research shows that predominantly physical retailers in China can boost customer loyalty by increasing their online penetration. That’s because their offline-only customers tend to award them a relatively low Net Promoter Score. The gap between their offline-only NPS and their overall NPS (which is boosted by omnichannel shoppers) can be as much as 16 points.

Beyond the RMB 1 trillion question

In our preview of Singles Day 2021, we said retailers needed to stop fixating on gross merchandise value as a measure of success (see the Bain Brief “China Retail: A New Definition of Singles Day Success”). The continued maturing of Singles Day and other festivals, coupled with 2022’s economic headwinds, has only compounded our belief that China’s retailers need a loyalty-led model that tracks a broader range of metrics, including NPS, customer retention, and customer lifetime value.

With all that in mind, it doesn’t really matter if retailers breach the RMB 1 trillion mark for Singles Day GMV this year. Instead, retailers should ask themselves a series of questions that may point to ways to sharpen their loyalty strategy.

With sales growth harder to come by than in previous years, the answers to these questions can help retailers maintain their forward momentum.

US retail sales growth continued to slow in October, even amid early shopping events. 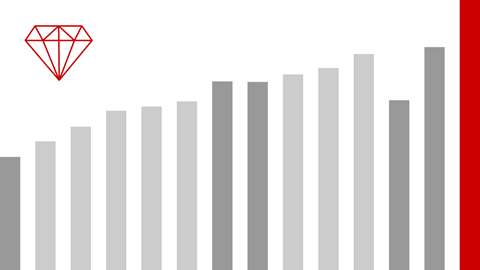 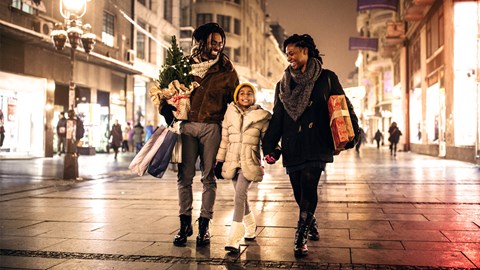 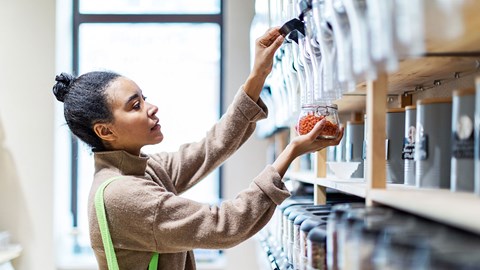 In ESG, moving from “why” to “how” is hard, but it can unlock long-term value for retailers. 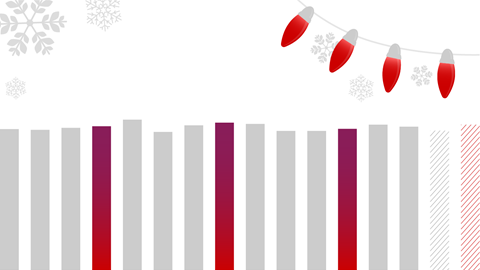 Bain forecasts Amazon will capture 39% of the estimated $327 billion in fourth-quarter US e-commerce spending.