For high-growth companies, it's easy to lose sight of innovation. But by adding consumer value to products or services, companies can improve their performance in markets where they currently operate or break into new ones. Bain partners James Allen and Eric Almquist discuss how the 30 Elements of Value can institutionalize the insurgent mission of capturing customer wants and needs.

JAMES ALLEN: So Eric, in our work on Founder's Mentality, we talk a lot about the sense of insurgency. Every great company starts as an insurgent at war against their industry on behalf of under-served customers. And it's very much the founder doing this. And probably that insurgency was a combination of a bit of research, but also just the founder's instincts.

The thing I found so amazing about elements of value is it felt almost like a playbook, that if you were to try to institutionalize how you come up with insurgent missions, this seemed like a pretty cool part of that playbook. Is that how you feel it?

ERIC ALMQUIST: Yeah, it's very hard for companies once they've been founded and once they've grown to keep innovating. And if you think about consumer behavior, a consumer basically at some level weighs the value that they perceive in a product or service against the asking price. And our observation is in mature companies, managers are often more comfortable dealing with the price side of that equation than the value side of that equation, because value is amorphous, complex and so forth.

ALLEN: And so the idea of elements of value is that you can talk about the insurgent mission in terms of what part of customer value are we trying to capture? You move it   from—

ALMQUIST: It's the idea. It is to help people think about where they could possibly add value to their current offerings or create new offerings that are delivering new types of value. The whole intent of this is to help managers increase the value that they deliver to consumers. If you look at our work, we've identified 30 elements of value. Those elements of value range from very functional ones, like "saves time, saves money," all the way up to more emotional ones, to ones that actually are life-changing and ultimately ones that can change society.

Likewise, there are elements that are more inwardly facing, like reducing risk, reducing anxiety. There are others that are more outwardly facing that connect people with other people, that help people organize the world around them in their daily life. Those are just some of the 30 elements of value.

ALLEN: And my understanding is it's built on Maslow's hierarchy of needs in a sense that the most basic stuff you want as a consumer is on the bottom. It's wider.

ALLEN: The cool stuff, that's more in areas on the top.

ALMQUIST: It's not as basic as food and water. We started a step above that. But at the functional level, they are basic things: saving time, saving money, avoiding hassles, etc. It is based on Maslow's hierarchy of needs.

But the problem is that with the hierarchy of needs, it was very academic in nature and really focused on fundamental motivations. We have put more business content into this so people can actually think about, for example, products that deliver on these elements of value.

ALLEN: And you know I am going to ask this, but when you say you put more process in place and it's clearer, that smacks a lot of customer research and at least some of the mythology about founders—Steve Jobs famously—is, the one thing they don't do is do customer research.

ALMQUIST: Yeah, people love to talk about how Steve Jobs didn't like customer research. The fact is, if you look at Apple today, their stores are research machines. They get feedback on everything. And if you go back to the time of the Apple I, the Apple I was in part configured based on input that Jobs got from the retailer that he was speaking to at the time.

ALLEN: I guess the other argument is, you can start as a founder with great instincts. But eventually, you're big enough where you have to start institutionalizing some of this. And what you've designed is tools or playbooks for the more-mortal management to begin to understand what customers want and where to play on the pyramid.

ALMQUIST: The way I think about it, I think you and I have probably been in countless ideation sessions, where people are starting pretty much with a clean slate. What we've done is given our clients and the world out there 30 elements of value to start thinking about pretty much immediately: where do we want to play, where do we want to win, that kind of question.

ALLEN: And are you seeing patterns? The image in my mind is, you've got a pyramid, 30 elements of value, you take any industry, and you can begin to say, player x is trying to play at the top of the pyramid, player y at the bottom—are there patterns you're seeing?

ALMQUIST: Yes, we've done research now with over 10,000 consumers here in the US. We've looked at 50 companies. And we have looked at a variety of patterns. And a couple of important ones emerge.

In general, one observation is that the digital players tend to be crushing the functional elements of value, much more so than the traditional brick and mortar players. The other patterns that are important: first of all, if you add elements of value, growth tends to be higher. So for companies that had zero elements of value above a certain level, their growth was negative.

For companies that were hitting on four or more elements of value, their average growth rate was 13%. The other thing that correlates very strongly is an overall score of value delivered with the Net Promoter Score, which is a measure of customer advocacy. And it's a very strong correlation. The more elements you deliver on, the higher your NPS score.

ALLEN: So help me out with this, because in Founder's Mentality, what we say is that companies learn to be spiky. They're incredibly good. They make choices about one or two things that they're just going to blow away in terms of differentiation. And they accept they're going to be average at the rest. So at the elements of value, is there choice involved, or are you meant to be good at everything?

ALMQUIST: No. You can't be good at everything. It would be too expensive. But you can't just be good at one thing. And you probably just can't be good at two things. And think about this: We now have a very granular set of value elements.

They might reduce your risk, etc. So by getting granular here, you actually have to choose more elements to play on. But you can't choose them all, because that would be too expensive.

ALLEN: And you've got to figure it out. And is it right to say that the bottom of the pyramid is the functional guys going at low cost and the top are the premium guys going at the more esoteric aspects of customer value? Is that what you see, Eric?

ALMQUIST: Yeah, an example of the latter is Toms, the shoe company, is the one company we looked at that is delivering on something we called self-transcendence, which is giving back to one's country, poor people, etc. They do very well on that. They give away a pair of shoes for every pair of shoes that a consumer buys—very popular with the millennials.

But they are more of a niche player. So they are playing at the top. I don't have data on Leica, but my suspicion is that Leica also plays at the top of the pyramid, allowing them to charge anywhere from $6,000 for a camera without a lens to $3,000 or $4,000 per lens. Pretty amazing.

ALLEN: And one of the things that we talk a lot about in Founder's Mentality for incumbents is, be aware of the next insurgent in your industry, emerging out of nowhere. And one of the things when I looked at the pyramid, I was thinking, wow, if I could map where I'm good, I could probably also clearly see the white space that an insurgent's going to come in and try to occupy. Is that something you're seeing?

ALMQUIST: It's early days, but we have actually one industry that's on the edge of disruption, the film industry. As you now know, there's a lag between the time that films come out and when they're released digitally. And that can be anywhere from two to three months. But those windows are compressing.

And so the cinemas are thinking, how do we counter this? We want to make sure that people still go to the cinemas. What elements of value can we add to that experience to keep people coming to the theaters?

ALLEN: The reason I like it so much—I'll just end with this—is that so much that we talk about in our Founder Mentality work is how do you take the instincts of the founder and then create playbooks that institutionalize that for the organization. And this just seems like one of the most important playbooks you can have. 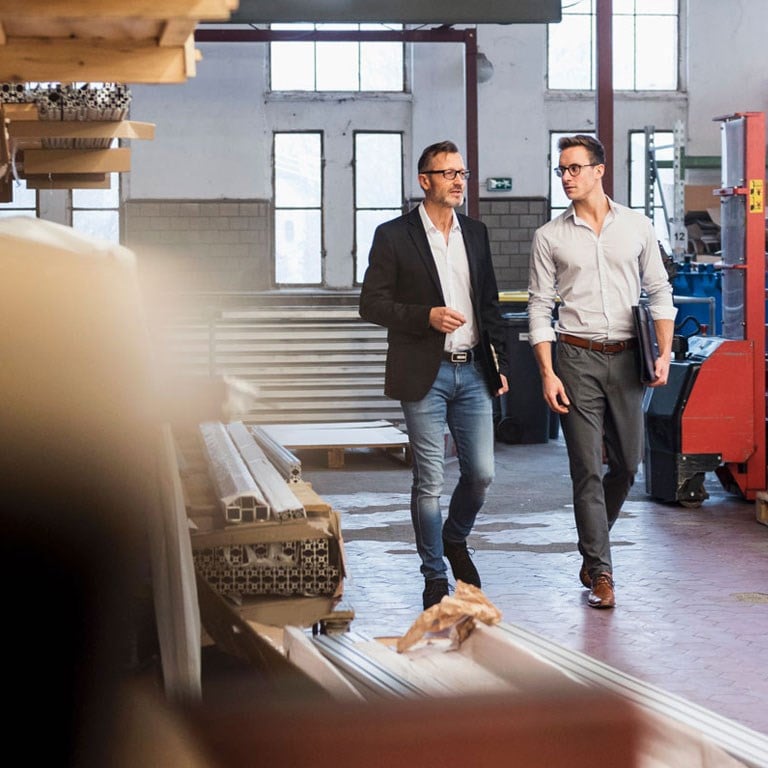