“In the fall of 2003, when I was commanding our counterterrorist forces across the Mideast, with our heaviest concentration in Iraq, we faced an amorphous viral, opportunistic, lethal enemy known as Al-Qaeda in Iraq, different from any other threat we’d faced. And to defeat that, we learned we had to distribute our teams across 76 different bases.”

That’s Stanley McChrystal, CEO of McChrystal Group. A retired four-star general, Stan was the former commander of US and International Security Assistance Forces in Afghanistan, and the former commander of the nation’s premier military counterterrorism force, the Joint Special Operations Command, or JSOC. He’s best known for creating a counterterrorism organization that revolutionized interagency operating culture. Stan detailed some of the most important lessons he learned from that experience in his book Team of Teams, which has been a real inspiration to me personally. Another of his books, Leaders, brings to life some of the differences between effective and ineffective leaders throughout history and draws lessons from them that we can adopt today.

In our conversation, Stan focused on three ways to lead through a crisis: trust, empowered execution and inspiring leadership—all underpinned by connection.

For example, he says, although his teams were spread out, “we needed to fight one war. And so every 24 hours we had to synchronize that force.” Information technology allowed him to do that, but it also created the platform for building trust. That was pretty strong among counterterrorist forces already, he says, “but then we created this shared consciousness, pushing much more contextual understanding across the force than ever before.” Making sure that everyone had access to the same information reinforced trust despite the stress and fog of war.

“In a crisis, the worst thing you can do is have a perception of inaccurate information. On the military battlefield, what makes soldiers run away is when they think their flanks are caving in and the enemy’s behind them. And so, when they get this rumbling or they have this uncertainty, even if the people right there are saying, ‘It’s all fine’—if they don’t believe that, they run away. I think that’s true of all of us. We all lose confidence if we think that what we’re hearing isn’t true.”

Stan also describes how trust and communication allowed him to rely on empowered execution, “What that meant is you could push decision making down as low as appropriate for the maturity, and the person at that point, close to the point of action, so they could make the right decisions at the right time, unfettered by micromanaging from above.

“We’re in that environment now, for most organizations. We’re in work-from-home.

And that last point, he notes, is the job of leaders because in a crisis, people need them more than those leaders often realize. “I think leaders have got to look really hard at their role, and I think it’s more [important] than it normally is. You could walk around your offices before and be the leader in your ‘leaderness.’ You know, the aura would go around you. That doesn’t work now. So, you’ve got to stand up more. You’ve got to be more aggressive, more intentional about connecting with people. You have to be more animated on a screen than you would be if you were in the room. You’ve got to do things that you think, ‘Well, they don’t need that.’ But now they do because now [everything is] different. So leaders have got to reset their thinking.”

You can listen to my conversation with Stan on Apple Podcasts, Spotify, Stitcher or your podcast provider of choice, or through the audio player below.

In the following excerpt, Stan explains how he put one of his leadership tactics, empowered execution, into practice during his time in military command and how he directed a daily meeting involving hundreds to thousands of attendees in a highly efficient and useful way.

Rob Markey: You know, one of the things that you mentioned is the need to use the principle of empowered execution, allowing people at the front lines to make decisions independently. And yet, to balance that with clarity of purpose and coordination with other groups who, if they don’t act in unison, end up crossing wires. So, how do you do that? What have you done to establish effective leadership in that way, “empowered execution”?

Stan McChrystal: When I took over Joint Special Operations Command, I thought that I would be approving all our operations, because they were politically sensitive. And initially I was, because that was the tradition of the organization. What I found was that was too slow, and I wasn’t really a value-add to those decisions, because the operators knew better than I did. But what I could do was I could create an environment which not only encouraged collaboration, but demanded it. And so with our information technology environment, what I could do is I could say, “OK, here’s the context of the moment. Here’s who’s tasked to do this operation.” Then I could literally watch and monitor as the connectivity occurred in the coordination.

Where it didn’t happen—where people fell short—I could step in and say, “I’m not going to second-guess how you did that operation, but I’m going to tell you it wasn’t very well coordinated. You didn’t bring to bear all the different parts of this. That’s something at my level that I’m directing you to do, I’m demanding that you do it.” And it was interesting because it took some growing pains in the organization, but what I wouldn’t do is I wouldn’t pull the decision-making authority back from them. I wouldn’t say, “I’m going to do your job for you. I’m now going to decide.” I’d say, “Uh, uh. You’re going to decide, but you’re going to do this right.”

Rob Markey: That’s got to be another trap, because you see somebody going sideways, and in the moment it is very tempting to keep them out of harm’s way or to keep them from fouling up somebody else’s work, and just stick your hand right in there and say, “Stop.” Do you ever do that?

Stan McChrystal: Yeah, we have done it, but, but to make sure everybody understood: By 2005 we had the ability in our main headquarters in Iraq to watch every operation we were conducting, whether it was the Horn of Africa, Afghanistan, Pakistan. And we could watch them all simultaneously on big flat-screen TVs, from predator unmanned aerial vehicles. So it was full-motion video. So we’re watching it on TV. You could also listen to every radio communication within those teams if you wanted to, and you could talk on them. And so you were the ultimate puppeteer being able to control.

But we never once talked on them. Didn’t listen for the most part. Because we realized we really didn’t understand what was happening there. We had a two-dimensional depiction.

Now there were times when somebody is doing an operation and you see them starting to go off the rails. And at that point, there were occasions where we would step in and we’d say, “That’s not a good plan. Back off.” But we were very reticent to do it. It was only for mission failure or imminent loss of life, because too often we just wouldn’t have enough of the on-the-ground feel for the situation to actually be a value-add to it.

Rob Markey: Most organizations have come to the conclusion that large meetings are a pain in the butt and not a good idea. And in fact, there’s the two-pizza rule, there’s all these things that people will say about why it’s a bad idea to have a really big meeting like that.

And you did it every single day.

And it’s got to be true that there were days when some of the people who were involved in that briefing were not very relevant to it. So, how do you get people to pay attention, to stay involved? Why is that the right trade-off?

Stan McChrystal: Well, we had a 24-hour cycle in the war. That’s how fast things change in that war. So you’ve got to resync the force every 24 hours. And if you say, “Well, I’ll follow the old chain of command rule where we do the first meeting at this level, and the next one, and the next one.” You don’t have enough time in the 24-hour cycle to do that. So we reluctantly went to everybody.

Now the way we learned—and it took us some time to shape this meeting—was a very disciplined cadence. It went 90 minutes long. We covered things in very brief detail and had a conversation about them. But it was not a decision-making meeting. It wasn’t a briefing to the boss. It was a conversation across the command to build the shared consciousness or contextual understanding. And we had to make it interesting. It had to crank along. It couldn’t be a waste of time, because a lot of people initially said, “I’m in Afghanistan. Why do I need to hear what’s happening in Iraq?” But the threat was actually across that, so we had to make that case.

I only ordered about 400 people to be in the meeting every day. Seventy-one hundred people came. Because it was the best source of information.

Stan McChrystal: And it was extraordinarily effective. If they listened to that, they sort of had enough to know, except maybe on one or two issues, where they had to delve deeper. 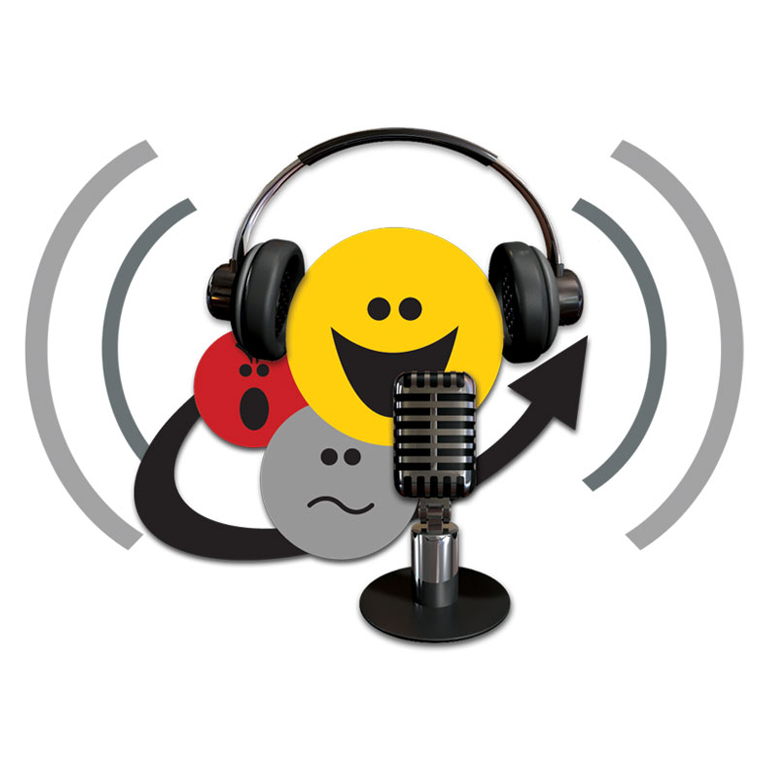 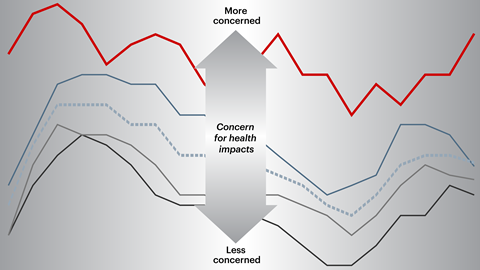 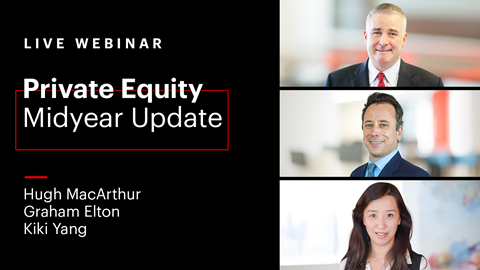 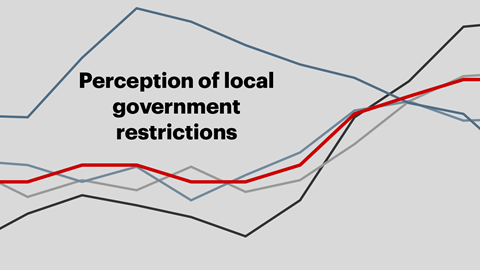 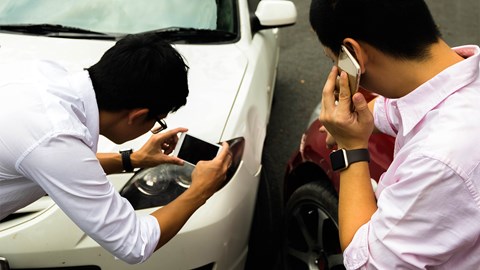