More than half of executives who lead general and administrative (G&A) functions, including finance, expect a downturn this year or next, a new Bain & Company survey shows.

The good news is that most believe the next downturn will be shallower and shorter than the last one, and will require a lower level of savings—about half that of 2008. The bad news is that two-thirds said it will be as hard or harder to find these more modest savings than the last time around.

To understand the challenge companies may face, Bain surveyed 650 executives and professionals across finance and other G&A departments, and analyzed the G&A spending patterns of more than 450 U.S.-based companies with more than $100 million in annual revenue from 2003 to 2017.

In past recessions, many companies turned to G&A for fast, easy cuts. However, our analysis found that the track record of most companies in managing G&A spending over the entire economic cycle has been mediocre at best.

While half of companies in a given year improved their G&A efficiency (G&A as a percentage of revenue) from the prior year, the gains were transitory: Only 6% of companies achieved efficiency gains for four straight years during the period. On average, G&A efficiency deteriorated by 20 basis points, from 6.9% in 2003 to 7.1% in 2017.

Support-function leaders relied on labor cuts, without changing the underlying work, to find fully half of the savings made in 2008 and 2009. They learned the hard way that overly deep cuts take years to recover from, because of reduced service levels and lost institutional knowledge.

The stakes are high, as successful support functions help create a competitive advantage. For the average public company among the world’s 1,000 largest, we estimate that every 1% reduction in G&A spending translates to a 10% improvement in operating margin. The most efficient quartile of performers in our analysis increased EBIT 1.5 times more than bottom-quartile performers through the cycle.

To achieve greater efficiency, support-function leaders will need to step up their game on four fronts.

1. Understand your costs in detail, including their causes.

Many support functions don’t manage costs with the same rigor with which sales, manufacturing, and operations costs are managed. For example, only 54% of survey respondents tracked functional headcount in detail, and only 47% had management dashboards to measure and track efficiency and effectiveness.

Worse, many companies don’t have a complete view of support-function costs. Only 18% of survey respondents said their companies track “shadow costs”—namely, people in distributed business units performing activities that duplicate those performed by the support functions.

Full visibility requires identifying costs at every level inside and outside corporate headquarters. When managers know and measure all the costs for each process, they can target cost reductions surgically rather than spread cuts evenly.

2. Look for alternative ways of working.

To move beyond incremental improvements, companies benefit from taking a clean-sheet approach to redesigning how work gets done. This method sets aggressive cost targets, defines what the future should look like, and then works backward on how to achieve it, reinventing from the ground up rather than optimizing current ways of working.

But while almost 90% of survey respondents are investing in digital today, more than half said they aren’t getting the benefits they’d expected.

Top-performing support functions, by contrast, have learned how to get tangible business benefits from their digital investments.

A good example is Microsoft’s finance function. In the early 2000s, Microsoft faced a proliferation of internal data, inflexible technology systems with static reporting, overly manual processes, and increased regulations. Through a decade-long effort, the company’s finance group patiently invested in a digital transformation through the recession and a change in corporate leadership.

Digital enhanced virtually every corner of finance, from global business reviews on a KPI data lake to machine learning in accounts receivables, allowing finance professionals to spend more time on higher-value activities. In parallel, relative costs fell: From 2009 to 2018, Microsoft’s finance headcount grew by 14% while revenue grew by 89%.

4. Expect the best, plan for the worst.

Reducing costs by 5% to 10% might be challenging, but what if the situation calls for 30% or more in savings? Rather than wait and possibly get backed into a corner during crisis or disruption, it pays to plan early for restructuring functions to take out massive costs, whether through eliminated work, redesigned processes, shared services, or digital tools.

Caterpillar, which provides heavy equipment and related services, put contingency planning to good use. As part of its 2005 strategic plan, every business unit developed a detailed plan that could be initiated quickly during an economic downturn. Once the recession started, prior planning allowed the company to take rapid, bold steps to immediately align the G&A structure with lower volumes and revenue.

When revenue declined by 37% in 2009, Caterpillar had already started to execute contingency plans the year earlier, reducing selling, general, and administrative costs by 17%.

Come the next downturn, leaders that make the hard investments early—eliminating low-value work, reinventing processes, and making the most of digital technology—will fare better than others. They’ll provide fuel for reinvestment to go on offense and emerge from the recession in a winning position.

Michael Heric and Pamela Yee are partners with Bain & Company. 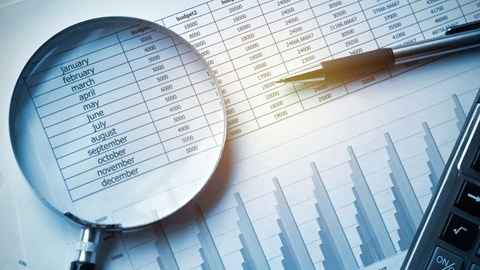 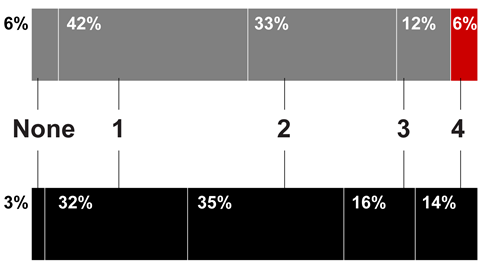