Success in the software industry these days is less about discrete product innovations than building and extending platforms to achieve scale in customer relationships. Bain & Company research indicates that only two kinds of software companies earn profits these days: Clear category leaders or those having the scale and scope that comes with more than 1bn dollars in revenue. Sucess is defined less by innovation than by building scale say Bain's Simon Heap, Franz-Josef Seidensticker and Vince Tobkin.

European regulators recently postponed yet again their ruling on Oracle's Dollars 9.4bn bid for PeopleSoft. But their delay will not slow a gathering trend cited repeatedly by Oracle as the reason for the merger: the rapid consolidation of the software industry.

Even as the European Commission has been reviewing the case, more than 342 software company combinations took place during the first three months of 2004, according to Bloomberg. This is the fastest pace for software deal-making since 2000, with a total value of Dollars 5.2bn for the 163 deals that were publicly disclosed. The deals are driven by a combination of three factors: slowing growth in IT spending, customers consolidating their vendors, and the need felt by businesses to extend investments already made rather than buy new products. As a result, control of installed bases has become imperative for software companies.

Success in the software industry these days is less about discrete product innovations than building and extending platforms to achieve scale in customer relationships. That's one important reason why Larry Ellison, Oracle's CEO and leader of the second-largest independent software vendor in the world, has bid to acquire PeopleSoft (which last year purchased its largest rival, J.D. Edwards). Mr Ellison makes a valid point about the need for earnings growth. Bain & Company research indicates that only two kinds of software companies earn profits these days: clear category leaders or those having the scale and scope that comes with more than Dollars 1bn in revenue.

Indeed, as concentration picks up speed, we estimate that more than half of today's independent software vendors (ISVs) could disappear in the next five years, either through acquisition or by being left behind. What is more, superpowers such as Microsoft, IBM, Cisco, SAP and Oracle could acquire some of the industry's dozen biggest players. As this happens, the mid-sized tier is likely to converge into one or two big software platforms with sufficient scale to survive.

In such turbulent times, software company executives need new ways, besides traditional product development, to think about extracting value. Their strategy choices—should they buy, sell, partner etc.—depend largely on their size and their role in emerging platforms.

Two forces hasten industry concentration. The first is mergers and acquisitions. Two of every three software companies did not turn a profit in 2003, our research shows, making them more vulnerable as acquisition targets. With their stock valuations rising, the bigger players have amassed war chests. Meanwhile, new licence sales are no longer generating sizeable growth—so many software company executives have concluded that they must pursue others' installed bases. PeopleSoft's Dollars 1.75bn acquisition of J.D. Edwards and Oracle's ongoing bid for PeopleSoft both reflect this rationale.

The second force at work is a fundamental market shift. After the tumult of the internet, the landscape subsided from a welter of poorly integrated point products to a more "federal" environment. Today's enterprise architectures are built around open standards or those set by consortia of big vendors. Customers are less interested in absolute best-of-breed solutions, which they have to weave together at their own expense. They want reliability and simplicity.

ISVs that have succeeded in becoming platforms can thus look forward to a stable installed base with higher switching costs. As the software market contracted, discrete software segments began to disappear. Niche products first absorbed each other and then were themselves absorbed into software stacks. And the pace is increasing. In February, Hewlett-Packard said it would buy Novadigm and Consera Software for their automation capabilities. Last year, it purchased Persist Technologies, Talking Blocks and Baltimore Technologies' Select Access unit.

How is this playing out as ISVs jockey for product breadth and customer lock-in? The first stage of a software company's evolution involves specific solutions, such as those provided by Informatica, webMethods or RSA Security. Next come emerging platforms, such as BEA, Mercury Interactive, and Siebel Systems. The biggest players come in two forms: superpowers such as Microsoft, IBM, Oracle, SAP and Cisco, and aggregators such as Computer Associates.

Each category must understand its growth opportunities in today's harsh ecology.

Smaller players face the starkest choices: merge with another player, try to become a platform, or fail. Some can expand into related services, as many are doing as licensing revenue declines. Others will survive in niches. Mid-sized firms are also candidates for takeover. They need to understand how to create new growth through astute positioning, particularly within their own or others' broadening platforms. Among these are Cognos, i2, Citrix and Check Point.

Big Dollars 1bn-plus players need an M&A growth plan based on extending scope into adjacent software categories and capturing large installed bases. Among other methods, they can work with smaller players as resellers before eventual absorption. Or, they can build out along industry lines, as Siebel has been doing, most recently with its pharmaceutical industry-specific customer relationship management (CRM) package.

Finally, the superpowers need an M&A strategy—one that avoids the kind of vociferous opposition that draws regulatory scrutiny. This will be a tall order.

But every big firm must eventually receive tacit permission from customers and competitors to get even bigger. 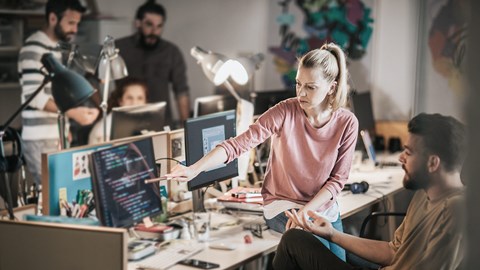 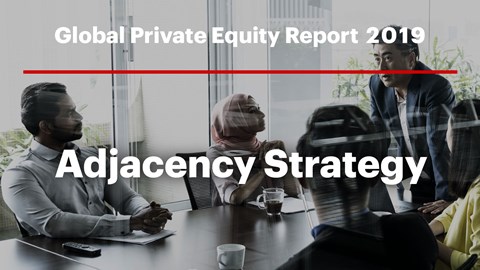 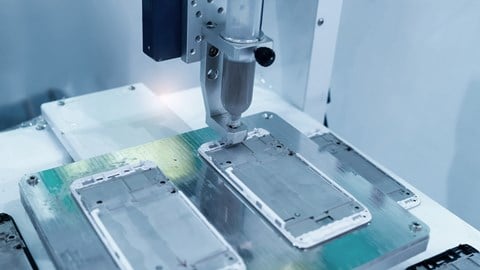