With the economic recovery gaining steam amid an uncertain pandemic path, companies are scrambling to deal with increasing commodity prices, supply constraints, and higher wages caused by labor shortages. In the first half of 2021, the producer price index (PPI) rose 10% in the G7 countries. The PPI measures the prices of goods immediately postproduction and serves as a critical indicator of the pressure facing companies.

The last time the world saw a similar bump in PPI was in in the first half of 2008, the early months of the Great Recession. Companies that weathered that storm the best took decisive steps to counter rising inflation by pushing through price increases consistent with PPI—but that alone was not enough. The best performers also took significant steps to boost productivity, primarily by cutting costs. Our analysis of the performance of 5,700 global companies found that those that cut costs to improve productivity the most during previous inflationary periods achieved higher total shareholder returns (TSR)—27% was the median—than companies that took less action. (We determined productivity by measuring EBITDA and revenue growth.) The evidence is clear: Even as many companies deal with inflation by devoting more energy to adjusting prices or finding new sources of growth, cutting costs remains an important part of managing in this economic environment.

But what are the steps that typically make a difference?

BorgWarner, a U.S.-based automotive supplier, faced major challenges in the 2008–11 inflationary period and deployed a number of levers to outperform the market. The company reduced work and the labor required to perform it, including shifting production capacity in line with customer demand. It centralized information systems to support more efficient back-office processes, created a global procurement organization to spend and buy better, and focused capital spending on the most important strategic issues. These actions helped the company attain 43% compounded annual TSR growth.

We found that companies achieving such gains from cost programs during inflation focused on similar tactics. However, this current inflationary period is unique: Labor markets are volatile, consumer demand has not dipped the way it did in 2008, and supply chains are more constrained. As they prepare for higher inflation in this new environment, companies will need to make moves that not only cut costs but also build more scalable growth platforms, positioning them to strategically reinvest in programs that deliver greater resilience and stronger purchasing and pricing capabilities. They need cost programs that allow them to grow top-line revenue and reduce their dependence on volatile labor markets while improving employee retention. Successful companies deploy six tactics to achieve these goals. We’ll look at them one by one.

Read the full article on HBR.org (subscription may be required). 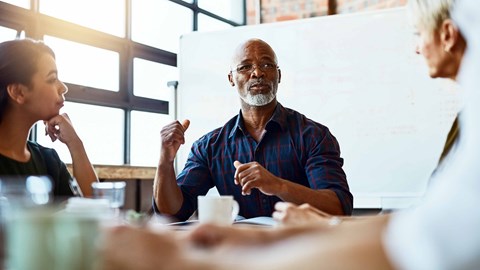 FP&A teams should spend less time explaining the numbers and more time working with the business to manage them.