During my trip to Turkey last week, I had the great privilege of meeting again with Agah Uğur, CEO of Borusan, a Turkish industrial conglomerate. Each time, we were able to meet in Borusan’s beautiful offices on Rumeli Hisarı, overlooking the Fatih Sultan Mehmet bridge. The offices double as a museum—Borusan Contemporary—and so far I’ve seen a different exhibition with each visit. The last one was an interactive installation exhibit by Rafael Lozano-Hemmer.

Agah is a big believer in the Founder’s MentalitySM, and he loves to talk about the founder, Asım Kocabıyık. Sadly, Asim passed away in December 2012, but 20 years ago, Agah worked closely with him on a daily basis until Asim retired in 2001. “One of the things I will never forget about Asim was that every morning he read the [Turkish national journal] Official Gazette [the “Resmi Gazete”] from cover to cover, “ says Agah. “And he would tell me, ‘In this economy, where our business depends so much on government policy, we have to know every decision of government and ask ourselves: Is this a threat or an opportunity for us?’”

Today, Agah tells this anecdote to all his senior leaders and asks them, “What is the equivalent of your Official Gazette? What do you do each morning to survey your market and decide whether key changes bring an opportunity or a threat?”

I love this story. Agah is able to take a single founder story and turn it into a challenge to his team, taking inspiration from a core routine of the founder and finding a repeatable model in it.

We have similar discussions with other leaders who have found inspiration from their founders or founding period. Many great companies seem to have a set of core foundational stories that the leaders use to challenge the next generation of leaders. The Lego team has its Principles of Play. The Unilever team has Port Sunlight. Disney has Steamboat Willie. The MagazineLuiza team has the original store in Franca. Perpetual has its original customer—a family trust—which it has retained for 127 years, since the company’s founding. Foundational stories are critical to retaining the Founder’s Mentality.

If you don’t have one of these stories or icons, we’ve found a few questions that can help to uncover them.

What is the one period of time when the company was really at its greatest, when it was really defining its market and shaking things up in its industry? Of course, every company should think its best times are ahead of it, but we’re referring to the specific period when your company was in hyperdrive, disrupting its market and establishing itself as a new leader. For Unilever, this might be when the Lever Brothers created Port Sunlight, which defined a nobler mission for the company around worker hygiene and doing the right thing for your community.

In that past era of greatness, what were the core repeatable models that the company used to disrupt the industry? For Disney, this might be all about defining core characters, each of which could then be leveraged on the screen, on TV or in theme-park world.

What are two or three stories that best illustrate this repeatable model? What is the equivalent of Borusan’s founder surveying the newspaper each morning for your company?

How can leaders codify these stories and tell them in a way that challenges the current team to outperform today? The true benefit of a great foundational story is that you can use it to compel today’s leaders to write the next chapter. At Bain, we constantly revisit our mission statement, which was written by our founders during an offsite in the New Hampshire woods in 1986. We ask ourselves: “Is it still relevant today, and if it is, what are we doing now to achieve it?”

Today, business is a battle for energy. If you can capture the discretionary energy of your people, you can out-execute the competition. And if you can out-execute, most times you can win. Foundational stories are energizing. They leverage the previous chapters of great companies to help today’s leaders write the next great chapters. 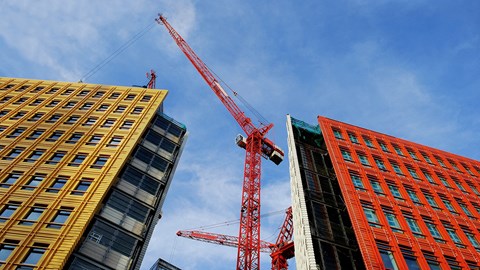