Quick, pick the best indicator a brand will grow faster than its category: Brand size? Newness? Leadership within a category?

Such is conventional wisdom, but a recent Bain study of 524 brands across 100 categories found none of the above. The study "winners"—defined as any brand that beat its category's growth each year from 1997-2001—invested differentially in just two components of the marketing mix: product innovation and advertising.

While brands average about 3% growth a year, in line with GDP expansion, we found an elite set of 90 brand "winners," large and small, which posted an average annual growth rate north of 10%. And they weren't just from high-growth categories like bottled water or frozen entrees: Almost two-thirds came from categories like dish detergent, a category which grew even slower than the 3% average.

How did some manufacturers wring out more growth in a deflationary environment, where customers like Wal-Mart are squeezing them on pricing? Our study found scant success in two traditional ploys: trying to build growth on flat demand by raising price; or trying to elicit higher demand for the same product through trade promotions.

But we found an interesting trend when we looked at how brands invested in product innovation. Companies that drew at least 10% of their 2001 sales from products introduced in the period studied were 50% more likely to win, whether they were mature or new age. Another important trend: Brand winners were 60% more likely to grow their advertising spend faster than the category average. It seems that winners were casting back to good, old-fashioned innovation and advertising.

And what's interesting about that? Nothing, except some brand managers complain that their category is stale, boring or seemingly innovation proof. Yet we found nothing intrinsic in a category that lent itself to innovation.

Some mature brands grew through innovating product formulas, others through repositioning. Take, for example, Procter & Gamble's Old Spice, more than half a century old. P&G introduced "High Endurance" deodorant in 1994 and "Red Zone" in 1999, both sporty repositionings of Old Spice to attract younger male consumers. High Endurance and Red Zone counted for over 75% of Old Spice deodorant sales in 2001 and helped the brand grow at 13% a year in a category eking out 1% annual growth, on average.

Packaging innovation alone could make a difference. Ball Park Franks ultimately narrowed the gap with Oscar Mayer in the hot dog category by introducing individually wrapped, microwaveable "Singles," empowering a generation of kids to zap a wiener as a quick snack. Ball Park Singles, supported by a $12 million ad campaign with a TV spot featuring Michael Jordan, represented a full tenth of the brand's sales in 1999, its first full year on the market, and grew to a $31 million business by 2001.

What's more, Ball Park showed how innovation can reactivate a dormant switch-pricing. The single serve frank was 20% smaller than multi-packaged wieners, yet sold for the same price. Indeed, among the winners focused on innovation, two-thirds introduced their new products at a 10% or greater premium to their base products.

The list goes on. Brand winners emerged in 55% of categories we examined. Their origins are diverse, but their trajectories hold a lesson for brands in all industries: Innovate around your core and shout about it, and you're likely to unleash growth potential. 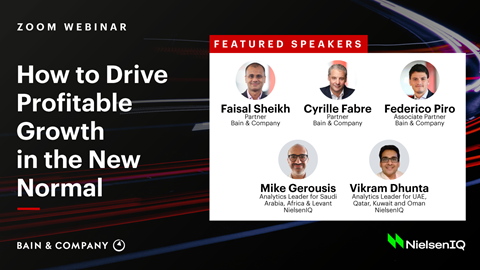 The battle for China's good-enough market

China will account for one-third of the world's GDP growth by 2030, but many multinationals are losing share in this critical market. To defend their position, they should consider entering China's "good-enough" space.