Corporate M&A activity remained high in 2018 as total disclosed deal value reached a record $435 billion, in part on the back of two megamergers that accounted for a little more than one-third of value (see Figures 8 and 9). Takeda acquired Shire for more than $80 billion (including net debt), and Cigna bought Express Scripts for approximately $67 billion (including net debt)—two of the largest healthcare deals ever.

Megamergers continue to be a feature of corporate M&A in healthcare, but there was also a significant increase in value from smaller deals in 2018

We expect deal activity to continue at this high pace in the near future as public healthcare companies use acquisitions to grow revenue. In fact, the average disclosed deal size has risen over the past two years: $240 million in 2018, up from $190 million in 2017 and $150 million in 2016.

Three deal theses, each focused on revenue growth, informed most transactions in 2018.

Major companies have used the benefits of category leadership to inform their deal rationales for both acquisitions and divestitures. In 2018, Pfizer and GlaxoSmithKline each carved out their respective consumer healthcare divisions, which they then agreed to merge in an all-equity joint venture. Other large companies have taken a similar path. Johnson & Johnson, continuing a recent trend of divesting noncore assets (including Codman Neurosurgery to Integra Life Sciences and Ortho-Clinical Diagnostics to Carlyle), sold LifeScan, a blood glucose–monitoring device company, to Platinum Equity for $2.1 billion, and the Advanced Sterilization Products division of Ethicon to Fortive for $2.8 billion. Other companies divesting assets included Shire, General Electric and Novartis.

Buyout funds have shown increased interest in corporate carve-outs, which has helped push up valuations and has further prompted the divestiture of noncore assets (see “Spotlight: In a crowded market, funds expand their deal approaches”). Sanofi sold its European generics business, Zentiva, to Advent for $2.4 billion in one of the biggest buyout deals of the year.

Corporate buyers also showed a penchant for teaming with PE funds to tap experienced operators and to help finance deals. There were 18 corporate–PE firm partnerships in 2018, totaling $7.9 billion. In one such instance, OptumHealth partnered with a Summit Partners–led group to acquire a controlling interest in Sound Inpatient Physicians for $2.2 billion. Humana also teamed with a consortium including TPG and Welsh, Carson, Anderson & Stowe to acquire Curo Health Services for $1.4 billion, which is slated to be combined with the partnership’s 2017 acquisition of Kindred.

As the bar for innovation rises, acquirers look for targets with complementary R&D capabilities or drug assets, which allows them to avoid building these capabilities or programs in house and to gain leadership in their chosen areas of research. In one of the top 10 deals of the year, France-based Sanofi paid $11.6 billion to acquire US-based Bioverativ, which has early-stage research programs in hemophilia and other blood disorders, in order to strengthen its rare disease pipeline. Acquirers also will pay a premium price for next-generation platform technologies, which, especially in biopharma and medtech, have the potential to disrupt entire industries. For example, Celgene bought out the remaining stake in Juno Therapeutics, one of the only US-based developers of chimeric antigen receptor T-cell (CAR-T) cancer immunotherapy treatment, for $9.0 billion. Additionally, Medtronic announced plans to acquire Mazor Robotics, which develops robotic technology and guidance systems to assist in spinal surgeries, for $1.6 billion; the acquisition would add new capabilities to Medtronic’s existing spine product portfolio.

Several of the largest US health insurers have vertically integrated in recent years as they seek differentiation and new models for growth. In 2018, global health insurer Cigna acquired PBM Express Scripts, resulting in the three largest PBMs (Express Scripts, CVS and OptumRx) being attached to health plans (Cigna, Aetna and UnitedHealth, respectively). As large insurers bring large PBMs in house, they have expressed an intent to lower prices and give value back to policyholders. Cigna and Express Scripts publicly have set a goal to lower medical and pharmacy prices to match the consumer price index by 2021.

This trend of payers vertically integrating could accelerate downward pricing pressure for pharma and medtech firms in the future, forcing further innovation, strategic M&A and aggressive portfolio management. As pressure on drug prices and healthcare costs intensifies, the mandate for efficient operations and increased innovation in these sectors does as well.

Several recent regulatory developments further complicate acquirers’ ability to quickly close a transaction and realize value. State regulators in the US have heightened their scrutiny of large, cross-state deals in the payer sector, resulting in delayed transactions and unanticipated costs in multiple high-profile health insurance deals. This happened with Cigna and Express Scripts, which was delayed in New York, New Jersey and California as the deal required additional time to receive regulatory approvals, as well as the CVS-Aetna deal, which required a $40 million payment to the state of New York for health insurance education prior to approval.

Medtech acquirers also need to be mindful of new global regulatory developments. In the US, the Food and Drug Administration (FDA) plans to modify the medical device 510(k) clearance pathway to keep pace with the growing complexity of medtech innovation. The FDA’s proposal, set to come out in early 2019, will likely slow some innovation and raise R&D costs. Additional scrutiny extended to Europe, where MDR, mentioned earlier in this report, will raise the cost of medical device manufacturing, potentially leading to further consolidation. The changes, published in 2017, requiring device makers to comply by 2020, will increase the breadth of regulated devices, raise the standards of clinical data and require companies to recertify many legacy devices. Acquirers will need to ensure regulatory approval files are in order as a prerequisite to any deal closing.

The confluence of these major trends—a greater need for top-line growth, the increasing cost of acquisitions and more intensive regulatory scrutiny—raises the complexity of many deals. Additionally, we see more scope acquisitions or carve-outs, which are inherently more complex than a scale acquisition or full company acquisition. Acquirers may already have experience in developing an investment thesis during due diligence (see Figure 10). It pays to take this one step further to create an integration thesis that sets direction and guardrails to inform the integration efforts as part of the due diligence or immediately following the announcement (see Figure 11).

Without thoughtful investment and integration theses, integrations are prone to break down. Synergies may go unidentified and uncaptured, causing acquirers to leave value on the table. Operating model mismatches can result in underperforming teams and talent defection. And inadequate attention to integration of the chassis—namely, IT systems and core processes—can erode productivity. As a result, companies risk chasing top-line growth in areas that may eventually wind up diluting their overall TSR.

We expect the recent trend of significant deal activity to continue as companies look to grow revenue through acquisition. Themes such as partnering with PE funds should also persist as corporates look for creative ways to make the most of acquisitions. As deal values increase and deal theses become more complex, companies must understand what it will take to realize the full value of their acquisitions. A well-researched investment thesis combined with a thoughtful integration thesis will raise the odds of maximizing deal value. 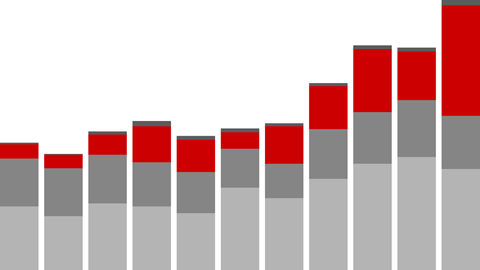 China leads the way with 60% of deals in the region. 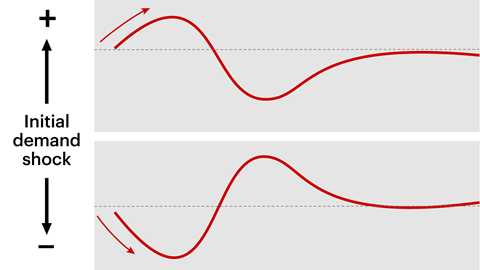