Mergers today are altering the nature of competition in industries, harking back to transactions in the early 1900s that boldly created the likes of DuPont and General Motors. This contrasts with the more recent history of mergers and acquisitions, which includes a corporate craze for diversification in the ’60s and ’70s and leveraged buyouts fueled by high-risk, high-yield debt in the ’80s. More often than not, leveraged buyout transactions, such as Kohlberg Kravis Roberts' takeover of RJR Nabisco, amounted to corporate restructuring or "active investing"—an effort to squeeze value out of an under performing business. Such deals, while significant, did not change the rules of competition.

But the late ’90s saw both an increase in mergers and acquisitions and a fundamental shift in their motivation. None of the largest acquisitions were merely about swapping assets. Each had a stated strategic rationale. Some were conceived to improve competitive positioning, as in Pfizer's takeover of pharmaceuticals competitor Warner-Lambert. Others let acquirers push into highly related businesses.

Yet, succeeding at mergers and acquisitions has never been easy. Several well-structured studies calculate 50 to 75% of acquisitions actually destroy shareholder value instead of achieving cost and/or revenue benefits. There are five root causes of failure:

Of the five, getting strategic rationale right is crucial. Being clear on the deal's strategic logic is critical both for pre- and post-merger activities. Indeed, failure to do so can trigger the four other causes of failure. The following rationales lie on a continuum, from deals that play by the rules of merger transactions and integration, to those that transform the rules.

1. Active investing
Leveraged buyout companies and private equity firms engage in "active investing"-acquiring a company and running it more efficiently and profitably as a stand-alone firm. Typically these transactions improve performance through financial engineering, incentive compensation, management changes and stripping out costs. Private equity player Bain Capital's purchase and restructuring of Gartner Group illustrates the power of active investing or "squeezing the lemon." With honed operations, Gartner became a premier broker of computer information, its margins expanding from 10% to 30%. Active investing can, and often does, add value. However, active investing is truly the domain of leveraged buyout and private equity firms such as Bain Capital, a company independent of Bain & Company. For corporations, a more strategic rationale is needed.

2. Growing scale
Mergers most often aim to grow scale, which doesn't mean simply getting larger. Rather, success requires gaining scale in specific elements of a business and using these elements to become more competitive overall. For instance, if materials cost drives profit, then purchasing scale will be key. If customer acquisition is more important, then channel scale will be critical. Getting scale-based initiatives right requires the correct business definition and the correct market definition. This can be difficult since, over time, the definition of scale in an industry can change dramatically.

For example, a sea change in the economics of pharmaceuticals led to the mergers of Pfizer with Warner-Lambert, and of SmithKline Beecham (SKB) with Glaxo Wellcome. For decades, pharmaceuticals were a national or regional business. Regulatory processes were unique to each country, and barriers existed that made drug introduction to foreign markets difficult. Distribution and regulatory costs needed to be spread over the maximum proportion of local markets. Today, many of those barriers have diminished, while the costs per successful drug development have risen exponentially. Research and development can and should be spread across the entire global market, covering more countries, more products, and more types of diseases. In the June 2000 Harvard Business Review, Jan Leschly, recently retired CEO of SKB, remarked candidly: "What really drives revenues in the drug business is R&D."1

3. Building adjacencies
The next most common impetus for mergers and acquisitions is to expand into highly related or adjacent businesses, as in the Viacom example. This can mean expanding business to new locations, new products, higher growth markets or new customers. But most importantly, the additions should be closely related to a company's existing business. Chris Zook, in his book Profit from the Core: Growth Strategy in an Era of Turbulence, provides empirical evidence that expanding into closely related businesses through acquisitions drove some of the most dramatic stories of sustained, profitable growth in the ’90s: Emerson, GE, Enron, Charles Schwab and Reuters, to name a few.2 When Travelers Insurance acquired Citicorp bank, the merger gave the two companies a complete range of financial services products to cross-sell to their combined customers across a broad range of global markets.

4. Broadening scope
In mergers geared to broaden the scope of products or technologies, a serial acquirer systematically buys specific expertise to either accelerate or substitute for a traditional new-business development or technology R&D function. A serial/scope acquisition model has been successfully executed in a number of industries, such as financial services (e.g., GE Capital), Internet hardware (e.g., Cisco) and chip manufacturing (e.g., Intel). For these firms, major ongoing investment to scan for new product concepts or technologies is an integral part of their growth strategy. For most of these firms, organic development would be too expensive, too slow and/or would dilute focus on their existing businesses.

5. Redefining business
Deployed strategically, mergers and acquisitions can redefine a business. This is an appropriate strategic rationale when an organization's capabilities and resources grow stale very suddenly due to, for example, a major technological change. In such cases, a firm cannot quickly refresh its technology or knowledge by making internal investments and incremental adjustments. When telecommunications equipment provider Nortel embarked on a strategic shift toward Internet provider-based working infrastructure, Nortel transformed its business model through a series of acquisitions. Since January 1998, the company has acquired 21 businesses, including Cisco's competitor, Bay Networks, to refocus from supplying switches for traditional voice communication networks to supplying technology for the Internet. Nortel utilized mergers and acquisitions strategically to make what CEO John Roth calls the company's "right-angle turn." While hit hard in 2001 by a downturn in fiber optics, Nortel has nevertheless become Cisco's chief rival.

6. Redefining industry
Sometimes a bold, strategic acquisition can redefine an entire industry, changing the boundaries of competition and forcing rivals to reevaluate their business models. For example, the AOL/ Time Warner merger could potentially rewrite the rules for communication and entertainment. Beyond creating new distribution channels for content, and new content for the Internet, the merger could allow the new company to choose to take profit in either content or distribution, depending on customers' preferences. No other traditional content or distribution competitors have this choice. Similarly, several analysts believe GE's acquisition of Honeywell will fundamentally alter relationships in the aircraft industry, among operators, maintenance providers, leasing companies, manufacturers and parts suppliers. In the words of an analyst quoted in the New York Times: "I think GE just bought Boeing, and Boeing doesn't know it yet."3

In acquisitions seeking to gain scale, pre-merger planning can be done "by the numbers." One can, in advance, calculate goals for combined market share and cost reduction, plan steps to achieve them, and create measures of performance improvement. This type of merger places great demands on a chief executive's ability as a manager to cope with complexity. The task may not be easy, but at least the leader can craft a plan before the transaction and execute it after the merger.

But in bolder mergers, where parties seek to redefine their industries, the numbers may not be as precise. The companies involved will have a post-merger model for operations. However, that model will change as industry rules change and as competitors react. In such a profoundly uncertain environment, vision is critical and must come from the top of the organization. A strong leader must cope with flux by confidently and effectively communicating the strategy and vision. The post-merger integration plan will have to be much less detailed and much more flexible than that of a scale transaction, leaving room for leadership to adapt its message to a rapidly evolving competitive environment.

In short, a transaction's strategic rationale is ground zero for planning and your foundation for capturing the value that spurred your acquisition.

Bain Consultant Coleman Mark assisted in the preparation of this article. 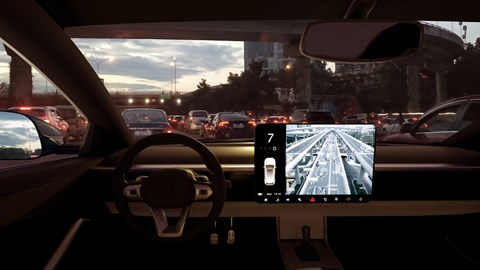 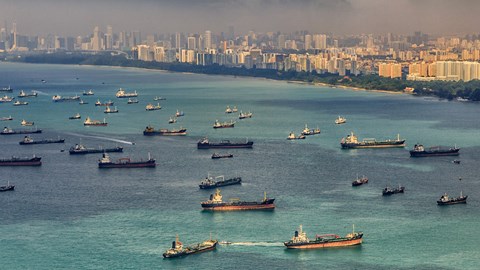 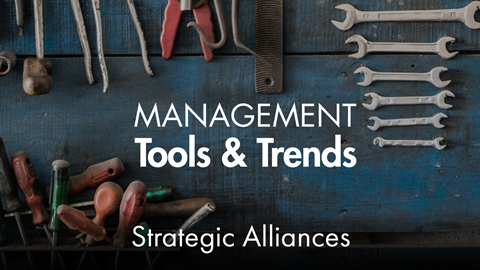 In a changing industry, survival increasingly depends on leading in categories and distinctive business capabilities.

戦略 Transforming a leading polymers maker into a profit powerhouse