When Microsoft acquires Nuance Communications for $19.7 billion, it makes headlines. But what’s become far more common is when a tech giant such as Microsoft pays undisclosed amounts for significantly smaller companies such as TakeLessons or Clipchamp. Major tech companies buy dozens of small targets each year, usually with the goal of adding valuable capabilities that will improve their core business or seed new Engine 2 businesses. It’s to the point that deals costing less than $500 million now represent about 96% of all big tech M&A (see Figure 1).

While these deals come with the promise of access to the talent and cutting-edge innovation needed to help acquirers grow and lead the next wave of industry transitions, delivering on that promise isn’t always a sure thing, especially as some tech companies are acquiring more than 30 companies a year. Too often, the aggregate focus required to address this volume of deals causes great possibilities to give way to a distracted base business, cultural tensions, and talent attrition.

Big tech companies now face the dual challenge of realizing the deal value in any given capability deal while also building a repeatable, high-velocity integration competency to manage the steady flow of deals coming in at a rate of one every two weeks. Some companies are surfacing as leaders in this high-stakes challenge of successfully integrating a steady flow of capability acquisitions.

These companies are learning the factors that contribute to deal success. A clear deal thesis and integration thesis grounded in detailed customer and product diligence and aligned with the overall strategy, maniacal focus on retaining all critical talent (not just top leaders), and building a repeatable model with granular tracking of performance to both source and integrate capability deals stand out as priorities for companies ramping up this important type of organic growth.

Deal thesis aligned to strategy and grounded in deep diligence

At the most fundamental level, a company’s strategy for acquiring capability targets must be tightly linked to its overall strategy. Amid the industry’s relentless disruption, those strategies are constantly changing. So, M&A objectives and priorities need to shift accordingly, requiring frequent (often monthly) reviews of segment and target priorities.

Deep customer diligence and product diligence then position acquirers to understand the value available and how it can add to the existing business. Customer diligence requires rigorous primary research, something that few companies do well. For product diligence, some companies become a customer of the target (and potentially its competitors) to work out the product glitches internally before completing a deal. Acquirers also clearly understand their parenting advantage for a particular capability deal. They entice a target by articulating the benefits of joining forces, such as access to the parent’s go-to-market capabilities or its technical talent.

These deep insights from diligence then lend to another key requisite when integrating capability deals—namely, keeping a keen eye on revenue synergies. Tech acquirers articulate at a granular level where the synergies will come from and set aside funds to invest behind them. They focus on quick wins, often in areas in which the acquirer can help the target accelerate its growth ambitions, thus demonstrating why the combination is good for all (see “Bringing Science to the Art of Revenue Synergies”). These companies also keep a tight, highly agile connection between the acquired business and the strategy team to make sure that both are moving in tandem.

Retaining and growing all critical talent

The top priority in a capability deal is retaining the individuals and teams that underpin the desired competency. This is no easy feat, and more than 75% of the tech M&A practitioners we surveyed felt that retention is now more difficult than it was three years ago—and it was more commonly cited as difficult in tech than in other industries.

The biggest retention risks mentioned by tech respondents include employees’ uncertainty about their role in the future organization and attractive alternatives in the labor market. As a result, it no longer suffices to focus on cash retention bonuses to ensure that critical talent stays. That’s why some acquirers structure capability deals differently than scale deals, with the goal of retaining the top people. For example, earn-outs, stock-for-stock acquisitions, or other methods to keep senior executives in place typically are more important for deals in tech than in other industries.

It no longer suffices to focus on cash retention bonuses to ensure that critical talent stays.

Another critical element for tech capability deal acquirers is that they invest heavily up front to define an operating model that strikes a balance, giving it autonomy to continue to innovate, grow the base business, and retain talent while also defining the required connection points to propagate the capability more broadly.

Furthermore, the best tech acquirers don’t focus only on top leadership retention; they identify the frontline talent critical to creating the capability purchased, and they ensure that talent is appropriately motivated, rewarded, and ultimately retained. They go beyond simply retaining talent by also finding ways to grow the target’s own talent base. They allow the target to maintain its talent acquisition policies and processes in a way that would build out the talent pool even faster than it could on its own. Finally, they embrace the target’s start-up mentality. Its product cycles are likely to be faster and its tolerance for failure higher, so accepting the new culture is a way to avoid stifling innovation (see “Reimagining Talent in M&A”).

When you manage this volume of acquisitions annually, there is no room for wasted energy, and tech hyper acquirers have learned to create a repeatable integration chassis that builds on lessons learned and drives continuous improvement. This starts with sourcing capability deals. The best companies keep a regular pulse on the market by comprehensively scanning relevant segments for emerging, venture-backed players; monitoring assets; and building a future acquisition pipeline.

Their steady volume of deals also creates the need to act quickly and efficiently in each integration. The best integrators stay focused on the critical few decisions that truly unlock value, and they disproportionately invest in those areas. Again, talent retention is paramount. Some companies also define repeatable processes, systems connections, and talent models that allow them to efficiently adapt their integration approach for any given deal. They build integration bench strength in the form of a team of resources across functions (often residing within the functions) that are trained in integrating different types of deals.

Finally, the tech acquirers that make the most of their small company acquisitions develop an effective feedback mechanism, with regular deal reviews aimed at understanding what’s working (and what’s not working) and transferring such learnings into subsequent acquisitions.

The best integrators stay focused on the critical few decisions that truly unlock value, and they disproportionately invest in those areas.

Doing this well with an aim toward continuous improvement requires granular tracking and codification of synergies (targets and realized), implementation timelines, and investments to use as benchmarks for subsequent deals.

Indeed, learning and continuously refining the integration approach should be the goal of any hyper acquirer hoping to fuel its growth and lead industry transitions. As in so many other areas, the tech industry is one lap ahead in this trend. That’s why many companies across industries are now tracking how the successful tech acquirers build muscles for high-velocity integration and learning from the best.

Telecommunications M&A: A Year of Resilience and Possibilities 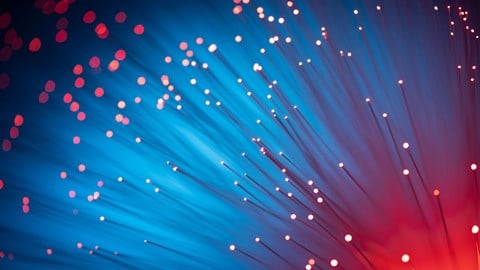