This article originally appeared in The Jakarta Globe.

But Southeast Asia is bucking this trend, recording a boom in M&A activity. Deal value rose by 50% in Southeast Asia and more than doubled in Indonesia, where companies like pharmaceuticals firm Kalbe Farma turned to M&A to help them grow.

Kalbe’s $9.7 million acquisition last year of Hale International allows it to expand into the fruit beverage business. It’s the same route taken by Unilever Indonesia, which bought the Bongo brand to grow the market for soy sauce and Buavita to grow vitality drinks.

M&A can deliver great value if well-conceived and properly executed. In fact, a recent Bain & Co. study of more than 1,600 companies found that M&A was an essential part of successful strategies for growth over the past decade.

The most successful acquirers are those with a repeatable model: The group of companies that built their growth on M&A — those that acquired frequently and at a material level — recorded annual total shareholder returns that were nearly 2 percentage points higher than the average. But M&A is an area where only companies that have built up the required M&A capabilities and experience routinely succeed.

First, successful acquirers understand their strategy and create an M&A plan that reinforces that strategy. The strategy provides the logic for identifying target companies. For example, some of the best acquirers use M&A to build leadership positions in existing businesses, expand into adjacent businesses, overcome entry barriers in new markets, acquire new capabilities, and take advantage of favorably priced targets with high business overlap. These companies typically have clear guidelines for deal frequency, size, timing and level of ownership.

Consider the approach taken by Indian household and personal care products maker Godrej. The company has assembled a strong M&A team and developed a playbook including a rigorous screening process to identify the right acquisition candidates. It focuses on three core categories and targets companies with leading positions. This focused approach enables a disciplined screening of potential targets to ensure a strategic fit.

Second, they develop a deal thesis based on that strategy for every transaction. The thesis spells out how the deal will add value both to the target and acquiring company. In China, the use of a deal thesis has been critical to the success of China Resources Snow Breweries (CRB), which has completed dozens of regional brewery acquisitions on a path that has made Snow the world’s top beer brand by volume.

Third, they conduct thorough, data-based due diligence to test their deal thesis, including a hard-nosed look at the price of the business they are considering. One successful Singapore-based acquirer has a six-member core M&A deal team that works hand-in-hand with business unit leaders through every stage of an acquisition, including performing due diligence that asks and answers the big questions that will drive most of the business value.

Fourth, successful acquirers plan carefully for merger integration. They determine what must be integrated and what can be kept separate, based on where they expect value to be created.

Finally, they mobilize to capture value, nailing the short list of must-get-right actions and executing the longer list of broader integration tasks while keeping a focus on value creation.

Following a merger, a Southeast Asian retailer knew it could build value by closing the most unprofitable retail operations and focusing on two core markets, Singapore and Malaysia. It generated synergies by renegotiating volume discounts with suppliers. And it addressed people issues that could threaten a successful integration. The retailer grew revenue 15% a year three years after its purchase, three times the market rate, and added 13 percentage points to its margins in four years.

A repeatable model for M&A that includes these five elements and is enabled by an institutionalized M&A capability will separate the companies that profit from Southeast Asia’s growing M&A marketplace from those that are left behind.

M&A success in Southeast Asia: Repeatable model is the key

A repeatable model for M&A that includes these five elements will separate the companies that profit from Southeast Asia's growing M&A marketplace from those that are left behind.

Decade of plenty for M&A kings

Analysis and experience confirm the power of repeatability in the world of M&A. 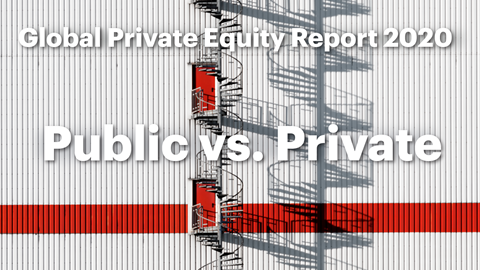